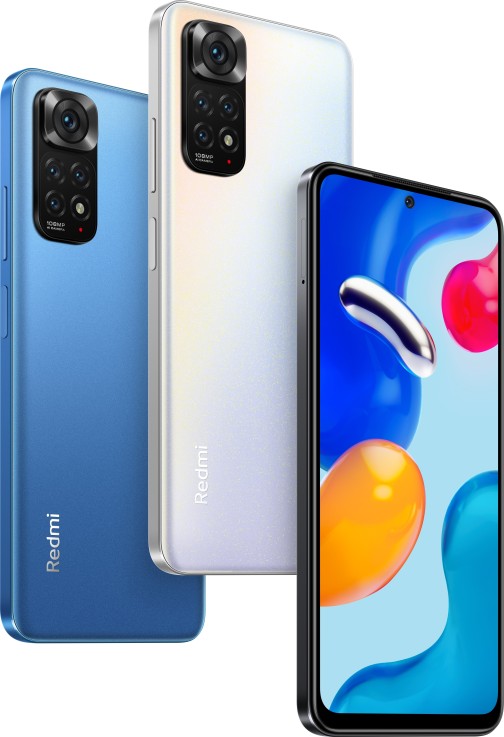 As expected, Xiaomi announced(already yesterday) the “global” series of Redmi Note 11 smartphones. And, of course, it once again increased the entropy of the universe, because the global Redmi Note 11 is not at all identical to the Chinese ones. But on AliExpress, of course, both will be sold.

However, the smartphone, which will be discussed now, does not have a Chinese “namesake” in Xiaomi Redmi Note 11S. At least not yet.

So.The MediaTek Helio G96 chipset does not support 5G networks, which automatically puts our smartphone in the middle class. About 320 thousand points in AnTuTu. 6 or 8 GB of RAM, 64 or 128 GB of permanent memory. There is support for memory cards, and, unlike the Redmi Note 11 Pro, the card tray is not a hybrid one.

The camera set is solid, but no frills.The front has a resolution of 16 MP. There are already 4 cameras at the back, 108 + 8 + 2 + 2 MP - the main one, wide-angle. In addition to them, there is a macro camera and a depth sensor. The main sensor is the well-known and very popular Samsung ISOCELL HM2. It is also used, for example, in Xiaomi 11T Pro.

Please note that there will be varieties of smartphones on sale, both with and without an NFC module.

The fingerprint scanner was not built into the screen, it is on the side. Wi-Fi fifth, dual-band. There is a standard audio output, a gyroscope and an IR transmitter.