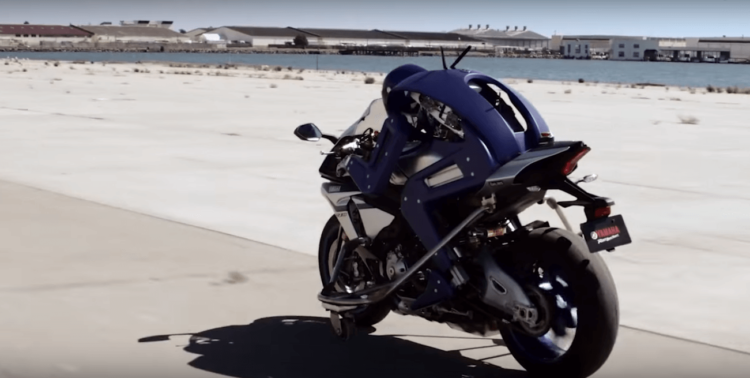 Soon, people will have to give up the title of the mostfast racers on two wheels. Yamaha introduced Motobot, a robot designed to control superbikes. The robot controls the motorcycle in the same way you do - it even has to turn the throttle handle itself. The first version of Motobot drives quite slowly and needs small extra wheels (just like little children) so as not to roll over on bends, so don't expect to see it tomorrow at MotoGP circles.

Nevertheless, Yamaha hopes that Motobot will soon be able to accelerate to 200 kilometers per hour on a special track. The legendary Valentine Rossi should already start to worry.

And yet it is unlikely in the foreseeable future in racingleagues will appear robot racers. Instead, Yamaha is going to use its brainchild to test security systems. In addition, the technologies developed at Motobot may be useful in other areas. So consider this an inspiring new way to solve unusual problems, and not an attempt to break motorcyclists' records of blood and flesh.