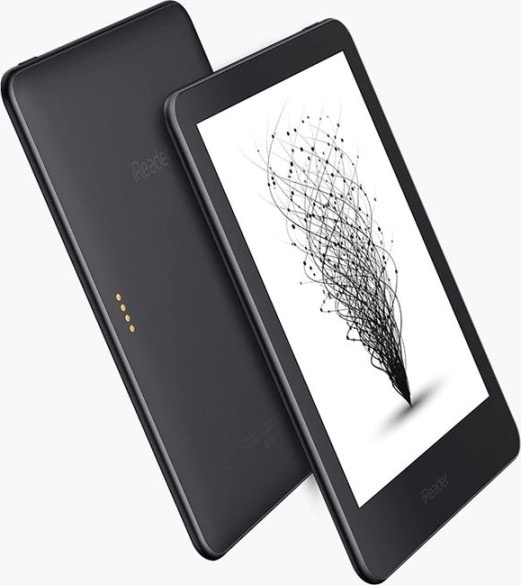 The company Xiaomi taki-released for sale reader with E-Ink screen. And not even one. And not two. The name Xiaomi currently has three readers: Xiaomi MOAAN W7, Xiaomi iReader Ocean and Xiaomi iReader T6.

Those two that have in the title the word iReaderproduced by a single company and sold to it under the same names minus the Xiaomi brand. But if iReaders can be bought in China, then the name Xiaomi is a ticket to the international market. Xiaomi iReader Ocean and Xiaomi iReader T6 have received and are already being offered for purchase at the Banggood store, for 13471 rubles. and 10,867 rubles. respectively.

Both devices support WiFi and are equipped withpre-installed store application where you can get hold of a large number of diverse content, however, it is focused on the Chinese market. Another feature - formats: ePub, PDF, TXT, MOBI. The set is small, it doesn't matter of course, but when the library is in fb2, the lack of its support is not very inspiring.

Perhaps not very interesting. Readers as readers, and not to say that very cheap.

Xiaomi MOAAN W7 - is another matter. This is the owner of the touch E-Ink screen, in combination with a graphic tablet. The diagonal is 10.3 ″, the resolution is 1404 × 1872 pixels. The kit includes a Wacom 4096 stylus. The screen is flexible - not to fold the device into a tube (although the thickness of 6.5 mm may well push on a similar idea), but in order to protect against the inevitable “screen injuries”. Not cheap, but for such a device the price is relatively democratic - about 25 thousand rubles at the start of sales.

Chipset model unknown, but it should beSomething more powerful, since Xiaomi MOAAN W7, in fact, the tablet - the device is running Android Oreo 8.1. Quite unexpectedly, usually for Android readers use the older system. The capacity of RAM is 2 GB, the built-in drive is 32 GB. The battery looks impressive - 3800 mAh. There is support for Wi-Fi, Bluetooth 4.2. Charging port - symmetrical USB Type-C.

So far, it is proposed to issue a preliminary order.