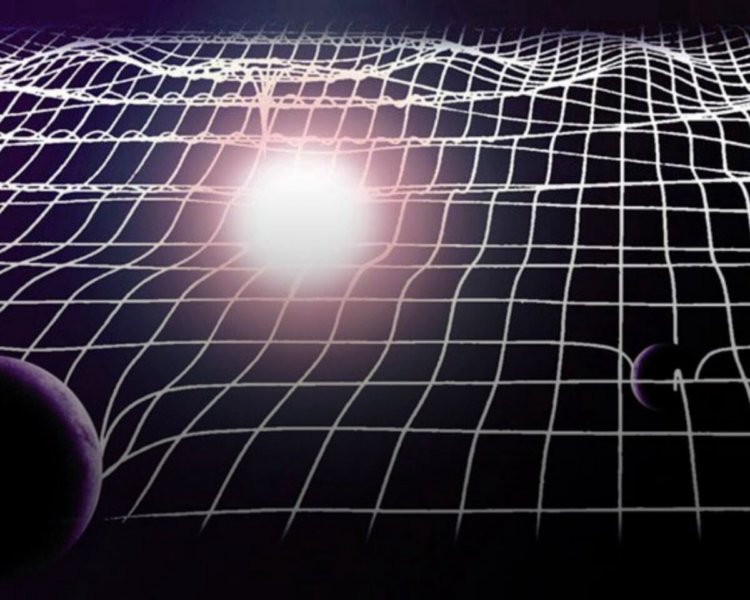 If you look at the sun through 150 millionkilometers of space that separates our world from the nearest star, the light that you see does not show the sun at the moment, but how it was 8 minutes and 20 seconds ago. This is because light does not move instantly (but at the speed of light, haha): its speed is 299,792.458 kilometers per second (the details of this incredible fact are here). It is such a time that light needs in order to overcome the path from the photosphere of the Sun to our planet. But gravity does not necessarily need to behave the same way; Perhaps, as Newton's theory predicted, gravitational force is an instantaneous phenomenon and is felt by all objects with a mass in the Universe, through all these enormous cosmic distances, simultaneously.

Is this really the case? If the sun would disappear instantly, would the earth immediately fly in a straight line or would it continue to rotate around the location of the sun for another 8 minutes and 20 seconds? According to the general theory of relativity, the answer is closer to the second option, since it is not mass that determines gravity, but the curvature of space, which is determined by the sum of all matter and energy in it. If the sun disappeared, the space would not be curved, but flat, but this transformation would not be instantaneous. Since spacetime is a fabric, the transition would be a kind of “transfusion” that would send giant ripples — gravity waves — across the Universe, like ripples from a stone thrown into a pond.

The speed of this ripple is determined in the same way asthe speed of everything else in general relativity: its energy and mass. Since gravitational waves do not have mass, but have finite energy, they must move at the speed of light. And this means that the Earth is attracted not to the place where the Sun is in space, but to where it was a little more than eight minutes ago.

If it were the only difference betweentheories of gravity by Einstein and Newton, we would immediately conclude that Einstein was wrong. The orbits of the planets were so well studied and recorded so accurately and for a long time (from the late 1500s!) That if gravity simply attracted the planets to the place of the Sun at the speed of light, the predicted positions of the planets would not greatly correspond to their current position. Brilliant logic is needed to understand that Newton's laws require an incredible gravity speed of such precision that if it were the only limitation, the gravity speed would have to be more than 20 billion times faster than the speed of light.

But in GR there is another piece of the puzzle, whichof great importance: the orbital speed of the planet as it moves around the sun. The earth, for example, is also moving, "swaying" on the waves of gravity and often descending not in the place where it was rising. There are two effects: the speed of each object affects how it experiences the force of gravity, and with it changes in gravitational fields.

But what is particularly interesting is thatchanges in the gravitational field at a finite gravity velocity and the effects of velocity-dependent interactions are almost exactly balanced. It is the inaccuracy of this equilibrium that allows us to determine experimentally which theory corresponds to our Universe: the Newtonian model of the “infinite speed of gravity” or the Einstein model “the speed of gravity is equal to the speed of light”. In theory, we know that the speed of gravity should correspond to the speed of light. But the gravitational force of the sun is too weak to measure this effect. In fact, it is very difficult to change it, because when something moves at a constant speed in a constant gravitational field, there is no observed effect at all. Ideally, we would need a system in which a massive object moves with varying speed through a varying gravitational field. In other words, we need a system consisting of a close pair of rotating observable remains of stars, at least one of which will be neutron.

As neutron stars rotate, theypulsing and these impulses are visible to us on Earth whenever the pole of a neutron star passes through our line of sight. Predictions of Einstein's theory of gravity are incredibly sensitive to the speed of light, so since the very first detection of a binary system of pulsars in the 1980s, PSR1913 + 16 (Hals-Taylor), we reduced the speed of gravity to equal speed of light with a measurement error of only 0.2 %

Of course, this is an indirect dimension. We were able to make an indirect measurement of another type in 2002, when, as a result of a coincidence, Earth, Jupiter and a very powerful radio quasar (QSO J0842 + 1835) lined up on one line of sight. As Jupiter moves between the Earth and the quasar, Jupiter’s gravitational curvature allows us to measure the speed of gravity, eliminate the infinite speed, and determine that it is somewhere between 2.55 x 108 and 3.81 x 108 meters per second, which is fully consistent with Einstein’s predictions .

Ideally, we could measure the speed of this rippledirectly by direct detection of gravitational waves. LIGO found the first one in the end. Unfortunately, because of our inability to properly triangulate the place of birth of these waves, we do not know which side they came from. By calculating the distance between two independent detectors (in Washington and Louisiana) and measuring the difference in arrival time of a signal, we can determine that the speed of gravity corresponds to the speed of light and determine the most severe speed limits.

However, the most severe restrictions give usindirect measurements from very rare pulsar systems. The best results so far tell us that the speed of gravity is between 2.993 x 108 and 3.003 x 108 meters per second, which perfectly confirms GR and has a terrible effect on alternative theories of gravity (sorry, Newton).