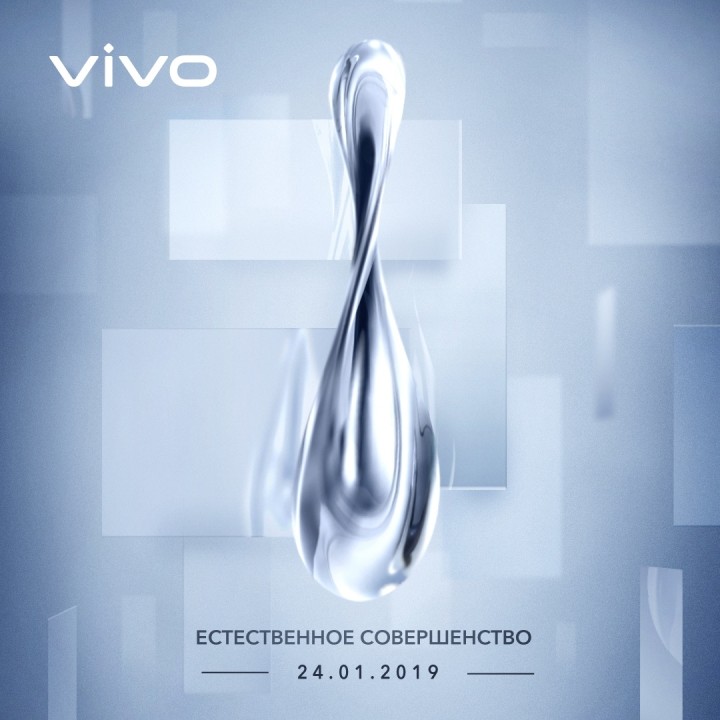 Vivo is about to launch a revolutionary new smartphone. The event is scheduled for January 24th.

If the first teaser is nothing sensible about the device itselfI didn’t say - it was difficult to determine the nature of the device by this “Mobius drop”, then the one published today already quite clearly shows the outlines of the smartphone.

Speaking about the upcoming announcement, Vivo reminds aboutAPEX concept - presented at the beginning of last year, the holder of a frameless screen, fingerprint scanner, built-in display and retractable front camera. All these innovations have already been implemented in the Vivo NEX, except that the character of the on-screen fingerprint scanner in the model released to the market turned out to be simpler. In the concept of scanning, there was a good half of the screen area with the ability to use two fingers simultaneously to unlock access. Perhaps, in the novelty, we are waiting for the implementation of this idea?