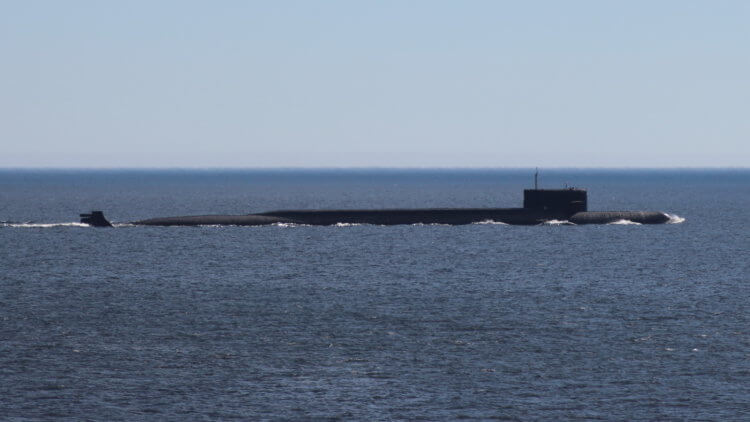 Another sad tragedy filled up the listfatal incidents on Russian submarines. As Interfax writes with reference to the Ministry of Defense, July 1, 2019 - and now this is official information - fourteen submariners of the Russian Navy died in a fire on a scientific underwater vehicle during bathymetric measurements. This is the name of the assessment of the depths of water bodies using special equipment. Why this happened - it is not worth guessing before the announcement of official reasons It happened as a fact. It is sad. Eternal memory to the dead.

The death of submarine officers on the "Orenburg" and "Losharik"

According to preliminary data, the officers died duringthe performance of a regular descent at “Losharik” - they were poisoned by carbon monoxide, which arose in the process of ignition, which the team members eventually managed to control.

Various sources, including RBC and TASS, writethat the tragedy took place either on the BS-136 Orenburg submarine or on the Losharik submarine research station. Exact details are yet to be learned, but something else is important: “Orenburg” acts as a carrier of a deep-water atomic research station — the AS-12 submarine of project 10831, known as “Losharik. That is, this one. In September 2012, during the expedition of "Sevmorgeo", the submarine carrier BS-136 "Orenburg" together with the scientific station "Losharik" reached the North Pole. At a depth of 2.5 kilometers (with a maximum declared depth of 6 kilometers) three rock samples were taken - to prove that the Lomonosov and Mendeleev ridges belong to Russian territory.

Of course, no one except the military has precise diagrams of the design of strategic nuclear submarines. All information is considered “presumptive” and photographs are unofficial.

But the comparative size of "Orenburg" and "Losharika"

As you can see, the scientific station is six times smaller than its carrier. Despite her relative fame, there are still no official photos of Losharik anywhere — only conjectural ones. Because the secret object.

How and why remade "Orenburg"

"Altered into a carrier of mini-submarines in 2002,when the boat was already 20 years old. A missile system with control devices was removed from it and a docking device was mounted. Moreover, this device was cut out from the previous carrier boat - BS-411, which also had the name "Orenburg" and was disposed of in 2009. "

Before the accident for “Losharik” they made “a new carrier from the nuclear submarine (NPS) BS-64“ Moscow region ”. But this boat is not much newer than the "Orenburg" - "Moscow region" was launched in 1984. "

Why remake? Because first they build combat boats, on which the country's defense capability depends. And to remake a finished boat is easier than to build a new one — just changing a few compartments is enough. Approximately the same plan to do with the International Space Station.

The submarine AC-12 consists of several sphericalcameras made of titanium. Outside, this design is "wrapped" light classic body. This allows the boat to withstand pressure at very great depths. Recall, this is a research station for the study of the seabed. For long-term movements, a carrier is used, and otherwise “Losharik” was able to work independently, given its ability to be under water for several months.

Nuclear submarines - a serious matter. Their classification is very strict. Although "Losharik" is assigned to the Northern Fleet of Russia, it does not submit to its command - it reports directly to the Ministry of Defense and is a member of the Main Directorate for Deep-Sea Research of the Russian Defense Ministry. According to the official classification, the AC-12 is a nuclear deep-water station. There are no guns or torpedo installations on board, only tools for collecting soil, sonar and some other devices related to scientific activity. But everyone understands that in the event of a military conflict, the boat can be re-equipped for other purposes.

For example, to explore the alien oceans. In this case, only robots will be used and people's lives will not be threatened.