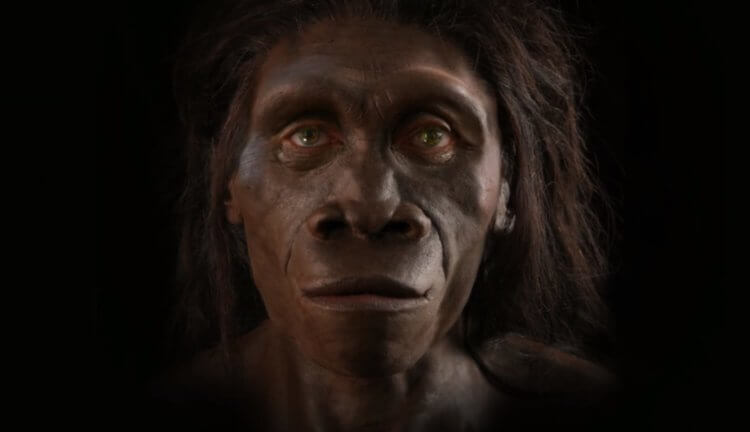 Persons of ancient people and modern man stronglydifferent - scientists believe that these changes have occurred over four million years, as a response to climate change, a way to consume food and the physiology of breathing. However, researchers often overlook another reason why the rude faces of ancient people could become such as they are now - a social necessity. For a better understanding of each other, people needed to actively use facial expressions, so that evolution had to soften the “hard mask” of our ancestors.

According to the professor of anatomy of yorkPaul O’Higgins University, among the factors shaping the modern face is not only the diet, respiratory physiology and climate, but also the need for people to express their emotions with the help of facial expressions. Using the skin of the face, bones and muscles, modern people can express 20 different categories of emotions, but this possibility was not available to ancient people.

To express such feelings as recognition andsympathy, human eyebrows were lowered down so that more space remained on their foreheads for their movements. At the same time, the faces became smaller and slimmer - all this can be seen in the exciting video below.

We believe that the increased need forCommunication has become the likely reason that a person’s face has become smaller, and with less pronounced eyebrows. This allowed the use of more subtle facial expressions and, therefore, improved non-verbal communication.

Of course, the new factor of influence on the formThe human face does not reverse other causes of change. For example, the reduction of the jaws of people contributed to the rejection of tough plant food - the ancestors stopped tearing it with their teeth, and began to cook, process and cut with improvised means.

A milder diet has reduced the human face. However, there are limits on how it can change - for example, a sufficiently large nasal cavity is required for breathing.

Scientists believe that over timethe human face will continue to change. In particular, increasing the temperature of the planet will probably change the shape of the nose so that the air can be cooled before it enters the lungs.

What other changes do you think our faces will suffer in the course of evolution? Share your assumptions in the comments, or in our Telegram-chat.