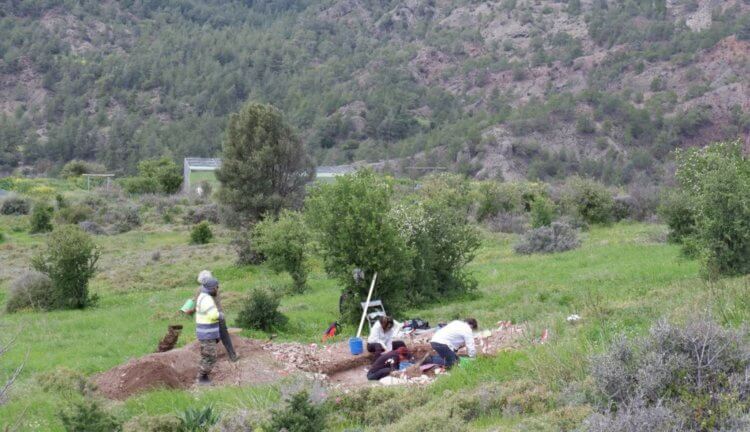 From VII to IV millennium BC in Cyprusthere was a settlement called Khirokitia, which until now was considered the oldest on the island. It turned out that this is far from the case - archaeologists from the Greek University of Aristotle discovered that at the same time another village was founded on this territory. The remains of stone structures built on it, dishes and tools made it clear how the inhabitants of the village lived and what they could do.

Most likely, the inhabitants of the second of the most ancientThe settlements of Cyprus lived in much the same way as the inhabitants of Hirokitiya. At the moment, it is known that Khirokitia was a village protected by stone walls, in which from 300 to 600 people lived. Their houses had a round shape, and were also built of stone, located as close as possible to each other.

Among the main occupations of the inhabitants of Hirokitiathere were hunting, farming and cattle breeding. Because of this, they could well afford the meat of goats, sheep and pigs, as well as a variety of cereals, figs and plums. In the 6th century BC, for unknown reasons, the inhabitants of Khirokitia left their habitat, but after 1.5 thousand years, other people returned to the place, but they did not last long there.

Archaeologists excavated one of the oldest villages of Cyprus

New archaeological work in Cyprus provedthat in the time of Cherokitiya there was another settlement. It was located near the current village of Agios Ioannos, and was also furnished with stone structures. One of the buildings was quite large and was reinforced with two rows of stones, while the other smaller buildings were built around it. The inhabitants obviously did not have time to master the ceramics, therefore the dishes and other objects were made of stone.

On the subject of archeology, we also recommend reading ourmaterial about the discovery of one of the most ancient fortresses of Egypt. It was built from 664 to 610 BC, and destroyed during a long siege - more information about it can be found in our material.

Stone tools of the villagers