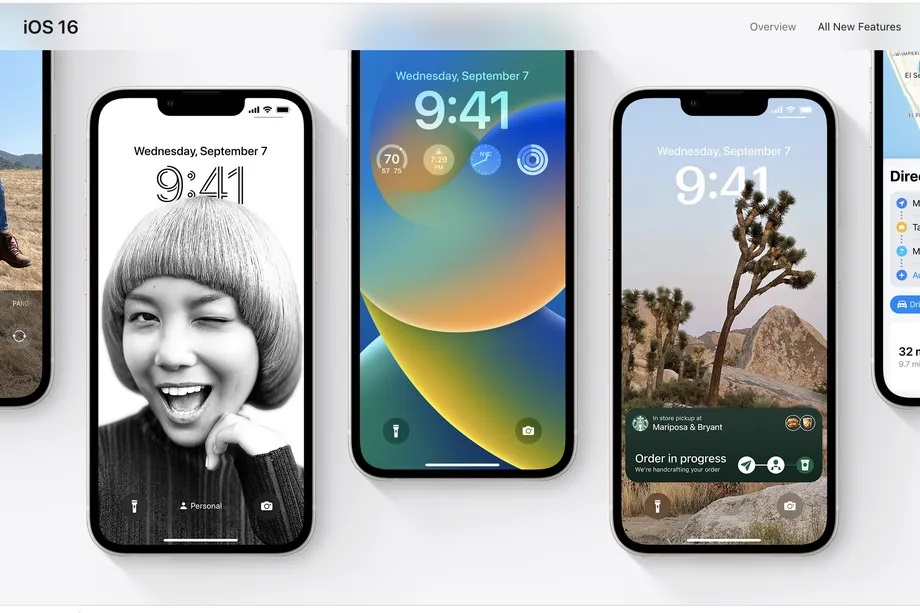 During the fall presentation on September 7, Apple announced that it will release its latest Apple on September 12

operating system iOS 16.The company first announced the free update in June 2022 during the Worldwide Developers Conference and released a public beta in July. As a result, the many features that will appear in the update will not be a big surprise, the authors of TheVerge portal note. There are many improvements to the lock screen, including the ability to add widgets and customize its appearance, as well as a new way to present notifications. You will be able to edit and recall sent messages (with some restrictions), use the new shared iCloud Photo Library to share photos with your family, use the Live Text feature to extract text from videos as well as photos. Recall that iOS 16 will receive all iPhones younger than version 8.

At the same time, the release of iPadOS 16 for Apple tabletsdelayed despite the fact that traditionally the two operating systems are released together. Also delayed is the release of the watchOS 9 update (for Apple Watch 4 and later), which will be available for download at the end of September. The new OS adds metrics for heart rate zones and altitude data, and provides new ways to customize how information is viewed. There's also new multisport activities for triathletes, and the Apple Fitness Plus subscription-based workout app is updated with new metrics for rowing, cycling, and treadmill workouts. watchOS 9 has several health-focused improvements: a medication reminder built into the Apple Watch Health app, an update to sleep tracking. The new OS also includes additional personalization options to customize existing watch faces with solid and color gradient backgrounds.