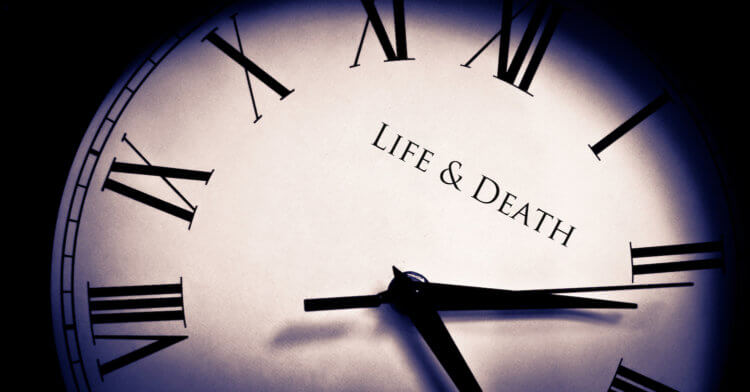 Death is the logical conclusion of all things. Any living organism will die sooner or later. So far no one has managed to go against nature. At the same time, you must admit that we do not think constantly that death awaits us in the future. There is speculation that our brain somehow protects us from thoughts of fear of death. And not so long ago, one of the scientists shared his thoughts on this issue in his material for the publication of The Guardian.

Should I be afraid of death?

How does the brain protect us from the fear of death?

Researcher Yair Dor-Siderman from the UniversityBar-Ilan in Israel believes that our brain is doing everything possible to keep us from thinking about our inevitable demise. His latest research showed that the brain protects us from existential fear by classifying death as an accident that only happens to other people.

The brain does not recognize that death is connected with us. This protection is “included” in the early years, when our consciousness develops and we understand that death comes to everyone. At that moment, when you have the ability to look into your own future, you understand that at some point you will die, and you can not do anything about it, ”says Dor-Siderman. This contradicts the very essence of our biology, which aims to survive.

To explore how the brain deals with thoughtsabout death, Dor-Siderman and his colleagues developed a special test. They asked volunteers to look at the screen with rapidly changing images of people's faces. At this moment, the brain activity of the subjects was recorded. After the same face appeared several times, it was replaced by another. Various words appeared above the faces on the screen. In half the cases, these were words related to death, such as “funeral” or “burial”.

Since the expectations of the brain turned out to be deceived, init activated neural pathways associated with surprise. But then scientists discovered that if a person’s own face appeared next to “deadly words”, his brain refused to associate himself with death, and no signals were recorded in “zones of surprise”. We regularly inform about interesting discoveries in the field of neurobiology on the pages of our site. So subscribe to us so you don’t miss anything.

This suggests that we protect ourselves from existential threats. We cannot rationally deny the fact that we will die. But we think of it more as something that happens to other people.

In the recent past, as Zor-Diderman noted,protecting our brain from thoughts of death was balanced by the reality of death around us. Today, in his opinion, society is more afraid of death, because sick people are confined to hospitals, and older people are to nursing homes. As a result, he suspects, people know much less about the end of life and may be more afraid of it.

Another researcher Arno Weisman, a psychologist fromThe University of Kent, stated that the brain and consciousness create numerous defenses to prevent thoughts of death. His own work showed that in modern society, people accepted what he called the treadmill phenomenon.

According to him, this means that heavydaily work, time spent in pubs, constant checking of notifications on mobile phones, shopping, regular trips to entertaining events and other things simply mean that we do our best to “clog” our thoughts, “run forward”, just not to think about that sooner or later death awaits us. However, even though Mr. Weissman claims that this is only sublimation, not a solution to the problem, he believes that "we need to continue to run away."