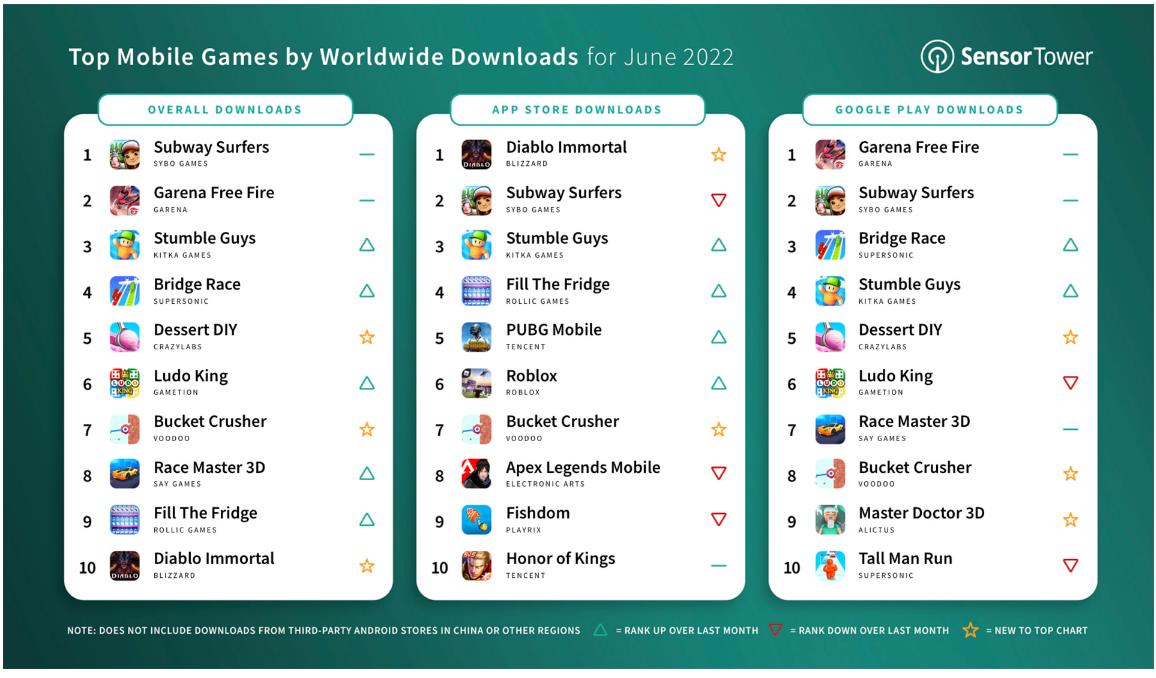 The most downloaded mobile game in June was Subway Surfers by

by Sybo Games.It was installed 26 million times, which is 63.5% more than the number of downloads a year earlier. The second most downloaded game of the month was Garena Free Fire by Garena with 24.7 million installs. Here the growth was 26.9%. In total, 4.6 billion installations of gaming applications were made in June, which is 2.2% more than last year. The top market for mobile game installs in June was India with 844.8 million games. This provided the Indian market with an 18.4% share of total installs. The US market is next with 9% of total installs, with a slight lag behind it, 8% of installs, followed by the Brazilian market.