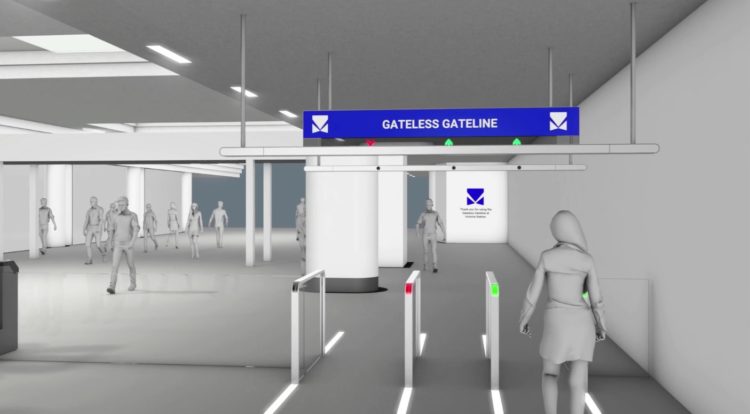 Identification by face recognition systembecoming more and more popular: for example, when we were at the MWC 2019, we got to the event with the help of it. But what if you install such a system in places with a much larger flow of people - for example, in the subway? This idea was implemented in China, where residents no longer have to carry a travel card or money to travel in underground transport.

Testing technology began in the cityShenzhen, where at one of the stations there was an opportunity to pay the fare ... for one person only. To get to the subway, passengers just go to the special turnstiles. The screen will show not only a confirming snapshot of the person, but also a travel analyst, including the length of your stay in the metro.

Before using the system, you mustregister and link a payment method, after which the money will be automatically debited. This type of “travel purchase” can significantly speed up passenger traffic on the subway, since it will take less time to pay for travel.

The face recognition system is based on a 5G network.from Huawei, as well as algorithms by which artificial intelligence detects the faces of passengers. Why are the latest generation networks used? According to the metro management, 5G makes such a fare payment method much more economical for the city.

Of course, while the system works only on onestations in test mode, but in the future it is planned to introduce face recognition on other passenger sites. What will happen if the system makes a mistake and instead of one person recognizes another, it is not specified.

China is one of the innovators in recognitionindividuals. So, every 30 seconds, she captures the faces of the students who are in the classrooms of high school No. 11 in Hangzhou. The task of technology is to determine the mood of each student. She classifies states as happy, angry, scared, confused or upset. In addition, the system records the actions of students and understands when they write, read, respond to the teacher or sleep during class.

Do you think a similar technology would take root in the Moscow metro? Write in our Telegram-chat.