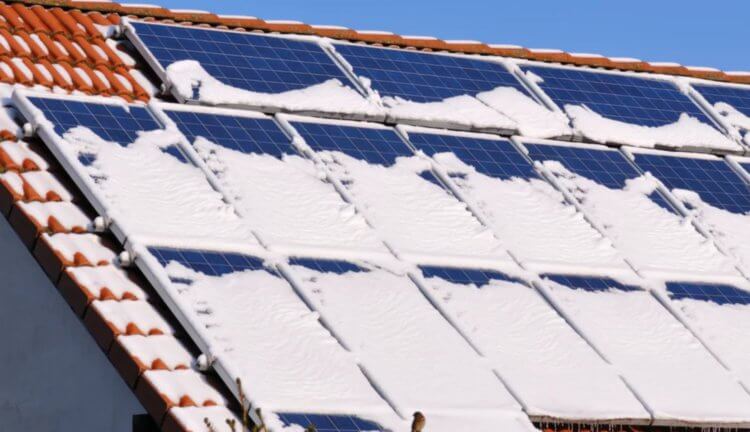 Solar panels are actively used inremote corners of the planet to generate electricity, and for their effective work it is necessary that the surface of the panels was always open. Unfortunately, in snow-covered regions it is impossible to protect yourself from this - the snow cover quickly and easily lays down around the entire perimeter of the panels, blocking the sunlight. Researchers from the University of California at Los Angeles partly solved this problem by creating an additional panel that generates electricity to interact directly with the snow that fell.

Researchers call their offspring"Triboelectric nanogenerator", or Snow TENG. As the name implies, the panel produces electricity due to the triboelectric effect, when electric charges arise during the friction of some charged particles with others. In the case of the Snow TENG device, the positively charged object is snow, and the negative is the silicone applied to the surface of the panels and connected to the electrodes.

Snow TENG panel can be printed on a 3D printerand integrate into any solar panels so that they can continue to generate energy even with heavy snowfall. Unfortunately, the energy generated from snow is not enough to support the operation of large devices - the specific power of the generator is 0.2 mW per square meter. However, this energy is enough to power the weather sensors.

Previously, static energy was used toenergy generation from finger movements on the touch screen and even walking on the floor. Also, a solar battery was created earlier, which generates energy when raindrops are rolling down its panels. These devices are not yet used on a large scale, and the fate of the Snow TENG is also questionable.

What do you think will be useful panels that produce electricity from the snow? Share your opinion in the comments, or our Telegram-chat.