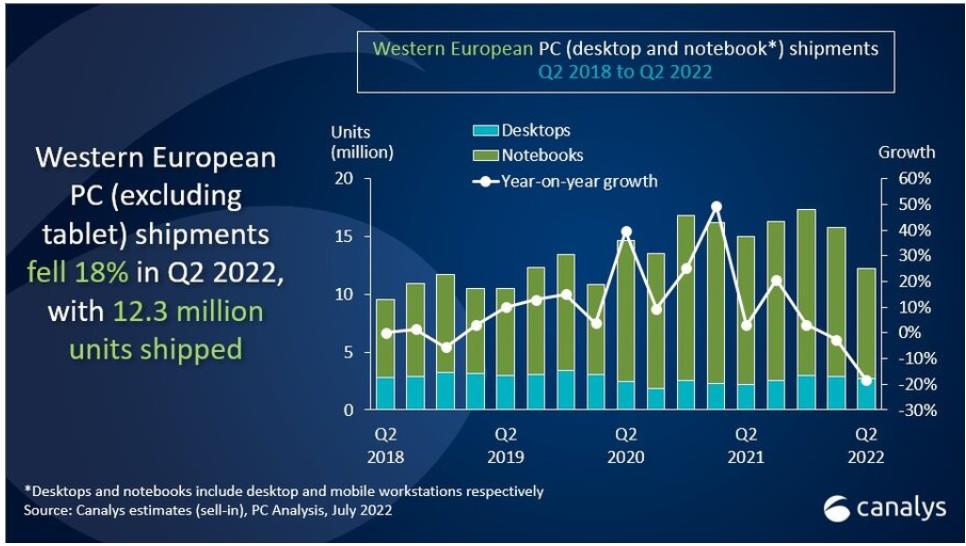 According to the research company Canalys, shipments of personal computers and laptops in Western Europe

decline for the second quarter in a row.In the last quarter, the decline was 18% to the level of 12.3 million devices. The sales of laptops sank the most, by 26%, with 9.5 million devices sold, while sales of desktop computers, on the contrary, increased and amounted to 2.7 million devices with an increase of 22%. Lenovo was the market leader with shipments of 3.78 million devices, accounting for 30.9% of total sales in Western Europe. In second place is HP with shipments of 3 million units and a 24.7% share. The top five market leaders also include Dell, Acer and Apple with shipments of 1.69 million, 1 million and 788 thousand, respectively. At the same time, all companies in the top five had negative growth rates. The biggest decline was shown by Apple, its sales fell by 42%.