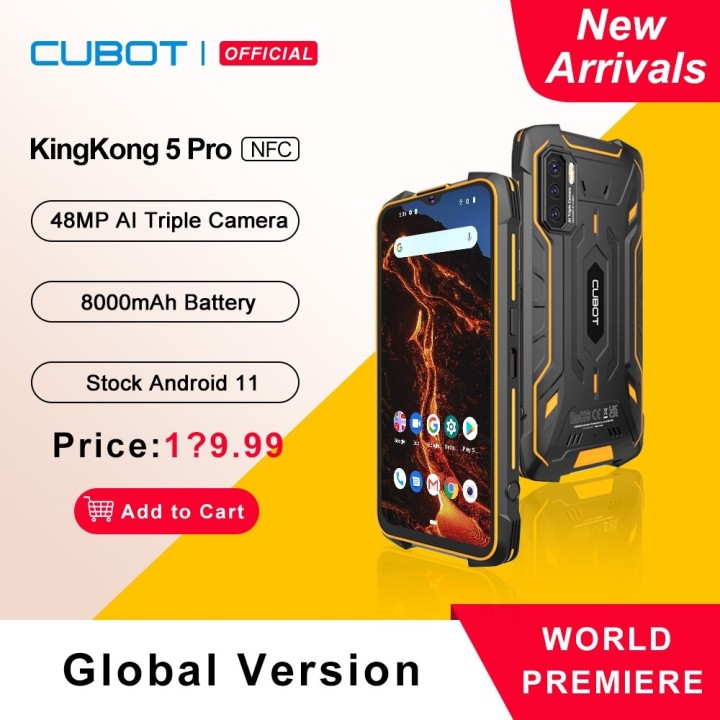 Cubot King Kong 5 Pro smartphone has appeared in the Cubot store on AliExpress. Or Cubot KingKong 5 Pro. Over the years, Cubot has not decided whether a space is needed in the name of the animal.

The characteristics are not yet known. In particular, all we know about a processor is the number of cores. There will be eight of them.

But we know exactly about the capacity of the battery. As much as 8000 mAh. There is no information about the charging speed.

With protection, everything is traditional.The well-known abbreviations IP68, IP69K, MIL-STD-810 are listed. Those. there is no doubt about water resistance. But what other tests our King Kong managed to pass is still unknown to science.

The front camera is immodest, as much as 25 MP. The rear camera is triple. The main module is 48 MP. It is not yet known what the other two are.

There is an NFC module. The fingerprint scanner, it seems, is located on the side. And they also promise stereo speakers.