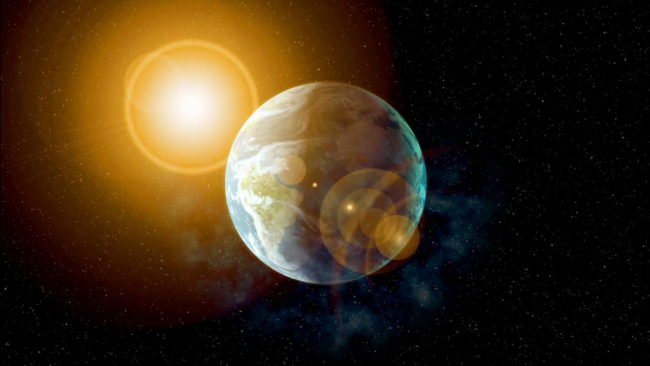 North Atlantic Oscillation (NAO) orperiodic large-scale climate change in the northern hemisphere of our planet does not depend on solar activity cycles. This is the conclusion reached by a team of American and Canadian scientists who tried to find a direct connection between these two phenomena. The findings of researchers from the Earth Observatory of Lamont-Doherty, the engineering department of Columbia University and their colleagues were published in the journal Nature Geoscience. The research press release is published by the Phys.org portal.

North Atlantic Oscillation or Oscillation -This is a natural phenomenon of the redistribution of atmospheric masses between the Arctic and the subtropical Atlantic. It is characterized by a change in atmospheric pressure at the sea surface, affects the force of the winds and is associated with the formation of hurricanes by their intensity and amount of precipitation. Oscillation also affects how severe the winters will be in Europe. In recent years, it was believed that these climatic changes depend on 11-year cycles of solar activity. Based on this alleged correlation, some scientists tried to predict weather conditions for decades to come.

Climatologists Gabriel Chiodo, Jessica Orlein,Lorenzo Polvani from Columbia University in the USA and their colleagues decided to check whether this relationship really exists. Using available meteorological data, as well as climate models, they were able to prove that this view was wrong.

The study showed that before 1960 noevidence of a correlation between NAO and solar cycles did not exist. However, after 1960, scientists observed a weak correlation, which, according to researchers, is explained by chance coincidence due to the internal variability of the climate system and cannot be used to predict future weather conditions. The use of an integrated climate model also showed that, fluctuations, apparently, depend on internal atmospheric changes, and not solar activity.

"The variability of the North Atlantic fluctuations on a decade scale can occur naturally, without external drivers besides the interaction of the ocean and the atmosphere," scientists say.

The authors of the study hope that the scientists who wrote about the connection between solar activity and NAO will try to challenge their findings.

“It's pretty simple. We are seeing a rather interesting sociological bias towards a definite opinion on how climatology works. Some of our colleagues are convinced that climate variations are somehow triggered from the outside. They do not agree that the climate can periodically change by itself, without the influence of external factors stimulating these changes. We hope that these scientists will be able to object to the conclusions of our work. After all, this is how science is done, ”summed up by climate scientists.