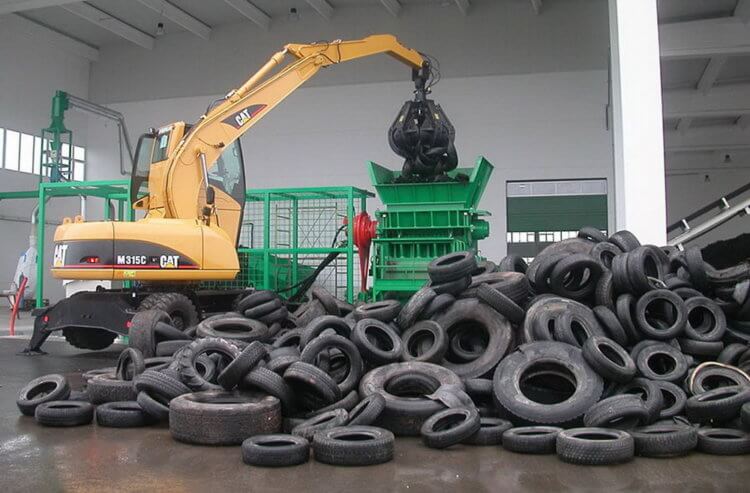 Engineers from the Ural Federal University(UrFU, Ekaterinburg) have developed a method of processing old car tires into methyl alcohol or methanol. This is the so-called technical alcohol. You can not drink it. It can be used in the production of gasoline, as well as other types of fuel, including rocket fuel. It is reported that a special drum reactor is used for processing, in which methanol can be obtained at high pressure and temperature during a chemical reaction.

Production of alcohol from car tires

"For this purpose it is supposed to use the methodsteam gasification of tires at a temperature of 700 degrees and produce synthesis gas with its subsequent processing into a useful product - methanol, ”explained in a press release published on the website of the Ministry of Science and Higher Education of Russia.

For an hour the installation can process up to 457kilograms of rubber, based on which you can get up to 328 kilograms of methanol. In addition to fuel for motor vehicles, methanol can produce formaldehyde for the manufacture of polymeric materials (plastics, for example).

Also interesting: Scientists were able to turn light and air into liquid fuel

The importance of developing

The development of Ural scientists will help in solvingproblems of recycling and efficient processing of old tires. The global volume of this type of waste is estimated at more than 10 million tons per year. In Russia, the annual volume of old tires is 1 million tons.

Waste tire recycling has a largeeconomic and environmental value. The elimination of landfills will free up significant areas of land they occupy, which will reduce the burden on the environment.

What are tire recycling methods?

To date, severaltire recycling technologies: burning for heat; pyrolysis (thermal decomposition); mechanical crushing with the subsequent processing of crumb rubber into various rubber products (ozone method), as well as the method using cryogenic technologies (tires are frozen and then pressed, crumbling to powder). None of them can not be called the most effective and safe for the environment.

It is also interesting: Garbage was found on the deep bottom of the Mariana Trench