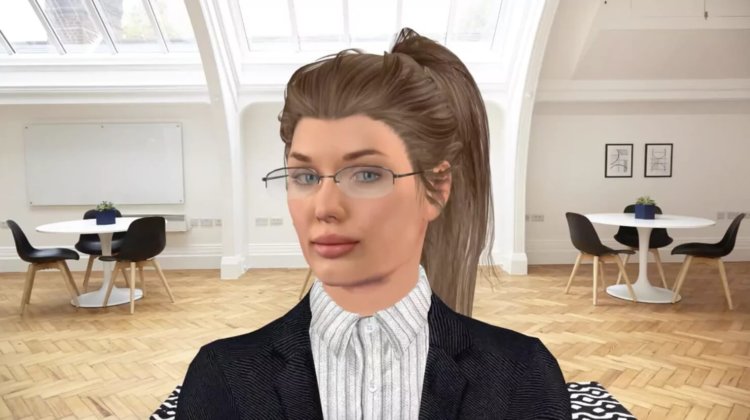 Russian startup Stafory.com from St. Petersburg, offering recruiting services for companies that require new employees, is promoting a new project - automated recruiting. Vera helps in this, who conducts up to 1,500 interviews with applicants every day (usually it takes a whole month of work), selects potential candidates, calls them, and can also conduct interviews, including by email. The secret to this productivity is that Faith is not a person.

Vera is a robot recruiter based onartificial intelligence technologies and using machine learning algorithms that allow her to become more and more experienced in her work. According to The Washington Post, citing Alexey Kostarev, co-founder of the project, since 2017, Vera has helped several hundred Russian companies find several thousand new employees.

“We wanted to create something as effective,as an Uber recruiting system. However, instead of a taxi service, we offer technology that can call applicants for a new job, ”said Kostarev, who compares Vera’s voice with Siri’s voice, powered by Apple and Alexa, powered by Amazon.

“Currently, about 200 companies use the Veru robot to find new employees. In other words, the robot conducts about 57,000 interviews daily. ”

Vera speaks Russian and English andmay sound like a woman or a man, depending on the preferences of the employer. In addition, it can adapt to the corporate style of a company. Kostarev notes that the system shows the highest level of efficiency when the employer needs to conduct a mass recruitment of employees for the so-called “blue collar” positions: sellers, office workers, employees of logistics companies and so on. Most often, Stafory's customers are retailers and banks, says Kostarev.

The process of finding suitable candidates begins withanalysis of vacancies, as well as preparing interview questions according to the requirements of the employer. The robot is integrated into recruiting agencies and portals like Avito and CareerBuilder, which allows it to view resumes and search for the most suitable potential candidates. As soon as the system meets the requirements of the employer, it rings the candidates.

“When a robot calls you, it honestly admitsthat her name is Vera and she is a robot, and then wonders if you still need a job. If you answer “yes”, then Vera can immediately conduct an interview either by phone or via video conferencing. ”

Typically, an interview lasts about 8 minutes. Most often, the robot is able to answer questions from applicants. Currently, the system is able to respond correctly in 82 percent of cases, Kostarev notes, but in the near future the company wants to increase the accuracy of answers to 85 percent. After a successful interview with the robot, candidates are invited to talk with living recruiters who will make the final decision.

Faith's task is to save the time of living recruiters. Kostarev says that a huge number of resumes left by jobseekers on job search sites belong to people who are no longer looking for her. As a result, a human recruiter has to spend many hours filtering out real candidates from those who, for whatever reason, are unavailable or no longer interested in a new job. According to Kostarev, in order to search for 20 potentially suitable candidates, 100 calls are required, which can take up to two days for a person. Robot Vera, in turn, is able to cope with such a volume in just half an hour.

“Every year we get thousands of resumes from people,those wishing to work in the Russian department of IKEA, ”says Daniela Rogosich, representative of IKEA, adding that the company has been using the services of Vera’s robot in Moscow since last fall.

“The initial selection of candidates is very laboriousa task requiring considerable time from our specialists in finding new staff. That is what led us to the idea of ​​trying a new approach and using the Vera robot. ”

Kostarev notes that the creators of Vera werethey are surprised by the fact that job seekers are becoming more closed and critical about the vacancies that Vera offers, compared to those where interviews are conducted by people. Nevertheless, he agrees that the role of human recruiters and face-to-face communication are important when looking for new employees.

“If we are talking about finding leadership, thenhere I do not see a real opportunity for the robot to cope with this task. People do this much better. However, it is already noticeable that employers are increasingly resorting to AI services as a tool to more effectively build their business. ”