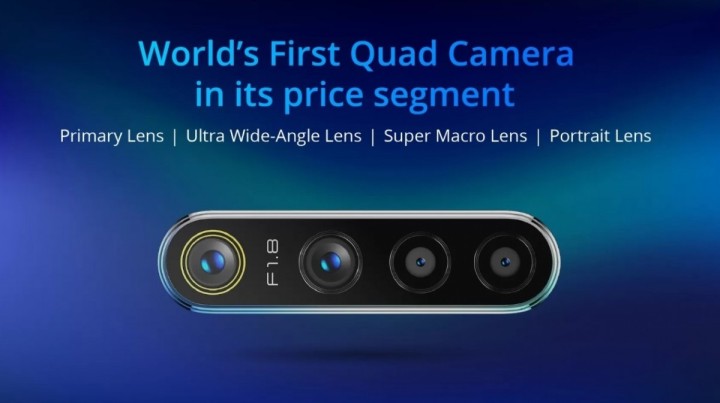 On August 20, two novelties under the Realmi brand - models will be presented on the Indian market
Realme 5 and Realme 5 Pro. A distinctive feature of both is four cameras on the rear panel: among them are super-wide-angle, super-macro and a separate module for portrait shooting. The Pro model will also receive 48 MP Sony IMX586 as the main photosensor. The main camera Realme 5 will be able to boast an aperture of f / 1.8.

Both smartphones are built on chipsets from Qualcomm andequipped with 5000 mAh batteries. In the case of the Realme 5 Pro model, VOOC Flash Charge 3.0 fast charging support is also implemented, which allows you to charge the battery by 55% in half an hour.

And this is just the beginning. Today, Realme officially announced its intention to use the Samsung GW1 64-megapixel sensor in its smartphones. In the new line of photo-oriented smartphones. Also four-chamber.

The sensor has a physical size of 1/1.72 ″ and a pixel size of 0.8 microns. Supports four-in-one technology to provide higher brightness and wider dynamic range in low light conditions. Photos respectively, get 16-megapixel. Super-PD super-fast focusing system is also supported.

The first three smartphones of the new line are expected in October.