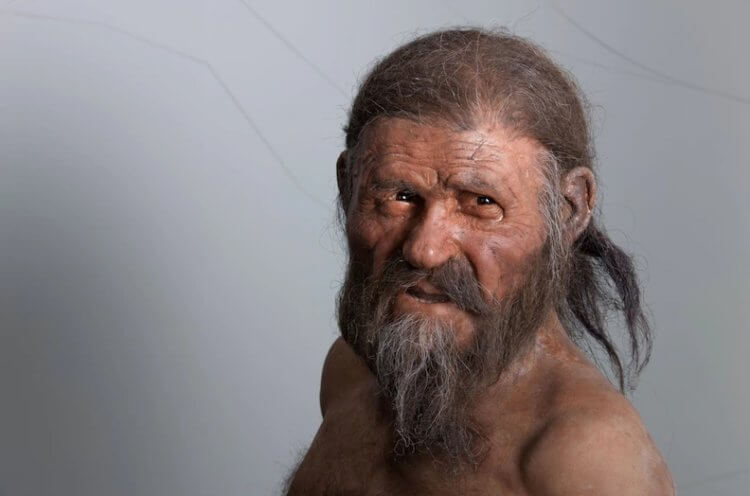 Thirty years ago in the Ötztal Alps there wasfound the ice mummy of a man killed about 5,000 years ago. The icy remains were perfectly preserved in a natural way thanks to the sun, wind and sub-zero temperatures. The find quickly became a sensation. About Ötzi, or Ötzi, as this man was called, many books were written, documentaries were shot, and even one feature film that recreated the life and customs of a man who lived in Neolithic Europe. Today, Ötzi is carefully looked after by researchers from the Archaeological Museum of South Tyrol in Bolzano (Italy). His body is stored in a special cold chamber, where a constant temperature of -6 degrees Celsius is maintained. Several times a year, his remains are sprayed with sterile water to create an icy protective "exoskeleton" that ensures the ice mummy stays in the same state it was found in. Despite the fact that three decades have passed since the discovery of Ötzi, scientists continue to study it to reveal the details of life in the Neolithic period.

According to carbon dating data, Ötzi livedaround 3350-3110 BC. Based on his DNA signature, Ötzi was a descendant of Neolithic farmers who came through Anatolia (modern Turkey) 8000-6000 years ago, replacing European Paleolithic hunters and gatherers. His maternal genetic heritage no longer exists in modern populations, but the paternal line lives on in groups living in the islands of the Mediterranean, especially Sardinia.

When they found Ötzi, he was wearing only shoes, butmany of the things were subsequently discovered near the place where his body had lain for 5,000 years. His shoes and outerwear were made from the skins of local sheep and goats. Shoes were stuffed with grass, which acted as socks. The sole was made of bear skin. The fur hat is also sewn from the skin of a brown bear.

What equipment did Ötzi use?

Ötzi passed through the Ötztal Alps with a rucksack ona wooden frame and a quiver made of deerskin, inside of which were arrows with bone tips. He also carried a flint dagger with an ash handle and scabbard. A birch bark container, similar to those still made in the region, contained charcoal wrapped in fresh maple leaves, which would allow it to quickly start a fire. As you can see, he was very well prepared for this transition.

One of the most important accessories is a copper ax withblade in the form of a trapezoid. The blade is tied to a yew handle with cowhide straps. Such an ax in those days was an extremely expensive item.

What did Ötzi die from?

A few hours before his death, Ötzi ate a hearty meal.wheat, deer and mountain goat meat. I must say that it took researchers 18 years to analyze the contents of his stomach using computed tomography. The study was complicated by the fact that the stomach moved under the ribs, where the lungs are located. By the way, thanks to the food preserved in the stomachs of other mummies, scientists also managed to find out what people ate in ancient Egypt.

Incision between thumb and forefingerright hand says that Ötzi was stabbed a few days before his death. It was an active defensive wound. He was probably trying to grab the blade. This wound was still healing when he was hit by an arrow that severed an artery on the back left side of his shoulder. As a result, Ötzi bled to death within minutes.

Ötzi was hit by an arrow in the shoulder, causing him to bleed to death.

Iceman also had a significantcerebral hemorrhage, but experts disagree on its cause. Perhaps someone finished him off with a blow to the head. It is also possible that he fell and hit his head on a stone. Some scientists believe that there is no conclusive evidence for either of these scenarios, but both of them may equally be real.

Judging by the analysis of pollen and maple leaves,carried by Ötzi, he died at the beginning of the summer. One theory claims that the warm summer winds dried it out. It is also possible that the ice man survived due to the low temperatures at the high mountain pass. This is evidenced by a well-preserved and dehydrated brain. As a rule, it turns into a liquid along with other organs a few days after death.

Research conducted by scientists from the UniversityTrento showed that Ötzi had three of the four strains of the bacterium Prevotella copri. This is very rare, because usually people can have only one strain of P. copri that takes over the rest, that is, suppresses other strains.

Enzi's body is stored in a special refrigerator chamber, where a constant temperature of -6 degrees Celsius is maintained.

Another discovery is that inÖtzi's gut contains Helicobacter pylori, a bacterium found today in half of the world's population, with serious or even fatal health consequences in about 10 percent of infected people. The dominant strain of H. pylori in Europe today is a hybrid of the Asian and African strains. Ötzi has a purely Asian strain, suggesting that the African species arrived in Europe after his death. This has implications for the debate about whether H. pylori is a natural member of our gut flora or should be treated with an antibiotic as soon as it is discovered. Such discoveries become very important for understanding the world in which we live.

Another study of his gut microfloraidentified a pathogenic ancestral strain of Clostridium perfringens that is a common cause of food poisoning today. Finally, I note that Ötzi's research is still ongoing. If new information appears, we will definitely report it on our Yandex.Zen channel.