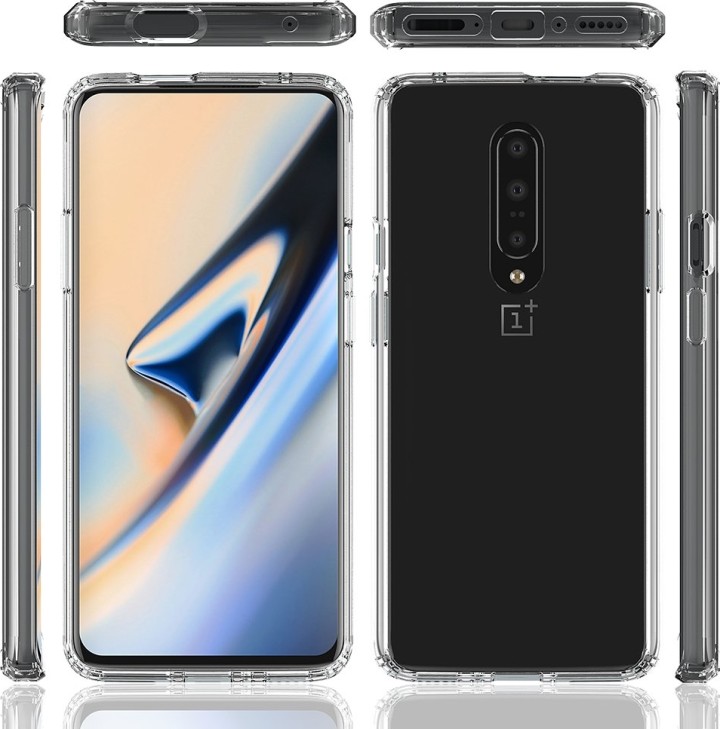 Fashion on the cut-out screens was one of the mostunstable phenomena in the mobile industry. At first, everyone rushed to apply the idea, but now more and more companies are making efforts to get rid of the carved screen.

Some have already succeeded.

Judging by the renders from the manufacturer of the covers, the developers of OnePlus also refused to cut it out: the next, seventh generation smartphone is depicted with a whole screen.

According to these renderers, OnePlus 7 will get triplethe main camera, the screen without tangible “forehead” and “chin” and will do without a 3.5 mm audio jack. In the block of the main camera, some additional elements are viewed - it may be that the camera will be more cunning than “just” triple.

The frontal one is clearly placed in the sliding module - for it there is a special cutout in the case for the upper end.

The fingerprint scanner on the rear panel is missing, but it is still difficult to understand whether it is built into the screen or placed in the power button on the side.

OnePlus 6 was officially introduced in mid-May last year, it is logical to assume that OnePlus 7 will appear no earlier than a month later.