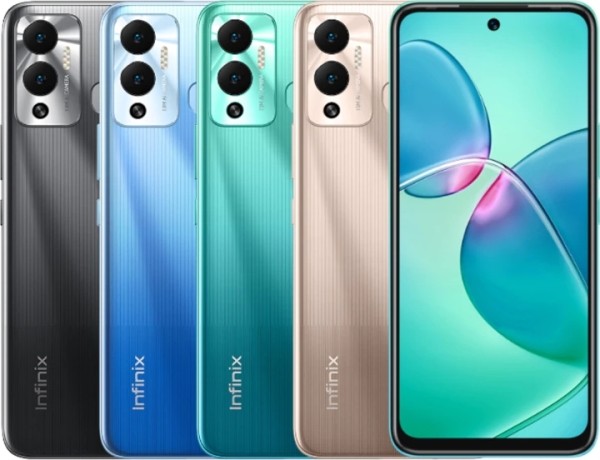 Without much fuss and without an official announcement inThe Infinix Hot 12 Play smartphone appeared in the Infinix brand store on AliExpress. All characteristics seem to be indicated. But sometimes in small print and with a slight touch of light confusion. So inaccuracies are possible.

So.Before us is a light update of the Infinix Hot 11 Play model announced at the end of last year, only with a slightly different appearance and with a higher screen refresh rate. And that model, in turn, practically does not differ from the nfinix Hot 10 Play Helio G35 model.

Formally, the Infinix Hot 12 Play is positioned asgaming smartphone on a powerful eight-core processor. In fact, the processor here is MediaTek Helio G35, which for some reason is really called gaming. But only by misunderstanding. In AnTuTu, smartphones based on it gain only a little more than one hundred thousand points, which by modern standards is the lot of frankly budget devices.

Memory.So far, it is clear that there will definitely be a 4+64 GB variety. It is very likely that there may be other versions. There is support for memory cards, but the Micro-SD tray is combined with the tray for the second SIM card.

That's what there are no questions - so it's to the battery. 6000 mAh Charging speed is not specified. Most likely traditional 10 watts.

There is no NFC module, there is no gyroscope and support for 5G networks either. There is a rear fingerprint scanner, Type-C and dual-band Wi-Fi.

Now for the fake reviews.If you look at Ali's smartphone page, you will find that there are already a number of reviews there. And the first of them date back to the end of last year. How is this possible if the smartphone has just gone on sale? Everything is simple. Google cache will not let you lie. Previously, the page of the ancestor, the Infinix Hot 11 Play smartphone, lived at this address. And then they just edited it. Well, the reviews - they, how to put it mildly, inherited the new model from the old one.