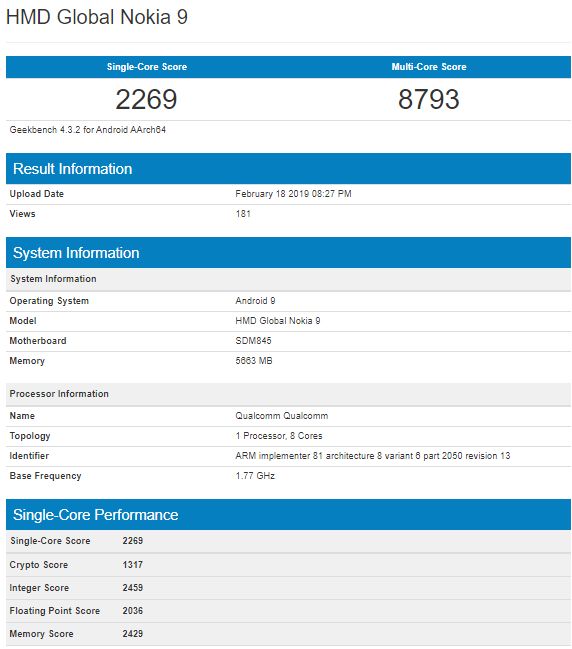 The Nokia 9 smartphone appeared in the Geekbench database. As a result of testing the device, data were found on some of its specifications, namely, the chipset model and RAM capacity.

According to Geekbench, the HMD company's flagship smartphone is based on the Qualcomm Snapdragon 845 chipset. The RAM capacity is 6 GB. Onboard Android Pie.

The Nokia 9 smartphone, which has already become a celebrity due to the unusualness of the main photo module with five cameras, will be officially unveiled this week - on Sunday February 24th.