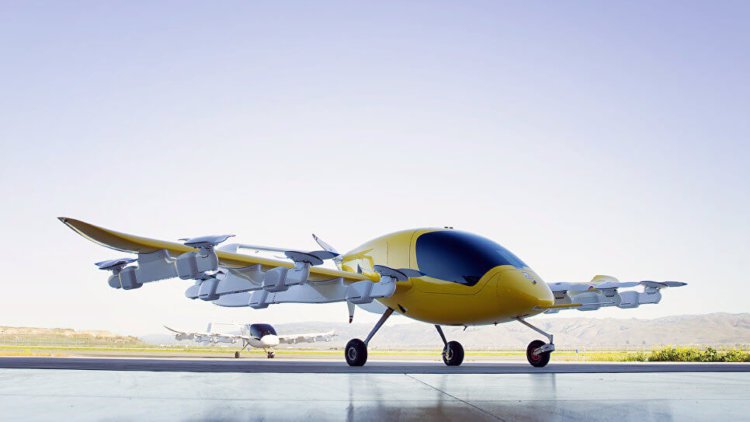 New Zealand startup Kitty Hawk, followed byGoogle’s co-founder and Alphabet CEO Larry Page is standing, has begun testing its autonomous flying taxi, Cora, according to local New Zealand newspaper New Zealand Herald. A vehicle can rise and land vertically, like a helicopter, and fly like a plane. The development of the project lasted for eight years. Launch the device on the market is planned for 6 years.

“Similar tests allow us to consider futuretransport options that can have far-reaching benefits for daily travel and can even support our growing tourism market, ”said Christina, the head of the trials in which trials are being run, Joanna Norris.

The company published a video of the flight of future taxis.

“We offer a non-polluting environmenta vehicle that flies autonomously, ”Fred Reed, the head of Kitty Hawk’s New Zealand division, commented on the start of the test in a video message on the company's website.

According to the New Zealand Herald, taxisruns on an electric motor and is therefore environmentally friendly. The device is capable of transporting two passengers at a speed of up to 150-180 kilometers per hour at an altitude of 150 meters to 900 meters. The travel range without recharging is 100 kilometers. Vertical take-off is provided by 12 starting engines, and movement in the air - thanks to one marching engine.

The flying vehicle is equipped with three onboardComputers dealing with navigation miscalculations. Even if one of them fails, the rest will take over his duties. In the most extreme case, Cora has a parachute that will land even with idle screws.

It is expected that Cora will become part of the transportation system and will be sold to companies and fleets, rather than individuals.