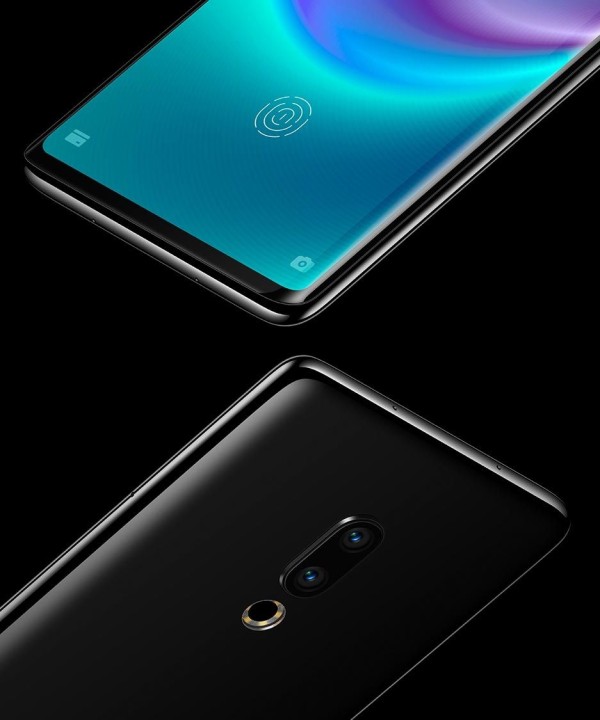 While the company Vivo hinted at devoid of buttonsdevice (will be presented tomorrow, January 24), the company Meizu presented its own smartphone of such a plan. Only Meizu has acted more dramatically - the Meizu Zero model has not only buttons. This is generally one solid solid body, without a single ledge and hole.

The unique smartphone is also completely devoid of connectors. They are not decorated, not closed - they are not at all. And nothing leaves the body - it is monolithic outside. Ceramic.

There is no possibility to insert even a sim card - MeizuZero works with a virtual e-SIM, which immediately makes it irrelevant in Russia. No port for the charger - in order to “feed” the battery, you must use a wireless one. At the same time presented ultra-fast wireless charging Meizu 18 W.

No speakers - the sound is transmitted directly through the screen. Fingerprint scanner, of course, on-screen.

But you need to somehow interact with the smartphone,and not all want and convenient to do through the screen. Even if it is such a wonderful, 6-inch curved OLED. Controlling the volume and turning on the device on Meizu Zero will not require any special skills from the user. The corresponding touch keys are located on the usual places on the side faces. Feedback is provided by mEngine 2.0 technology. The company claims that the user will certainly get a sense of pressing and no less distinct than when using hardware keys.

The smartphone is presented rather as a concept thanas a market product. At the time of the announcement, the specifications are incomplete and say only that the device is top, but without an attempt to win in puzometric competition. The chipset is the soldier's Snapdragon 845. The memory capacity is not specified, it is only hoped that the capacity of the built-in drive will be enough to not regret the absence of an expansion slot.

About the camera, it is known that the Sony IMX380 16 MP and Sony IMX350 20 MP modules constitute the main dual, while the front one has a resolution of 20 megapixels.

Neither the price nor the timing of publication is not yet announced. But the colors are shown - they are traditional, black and white.

The main characteristics of Meizu Zero: