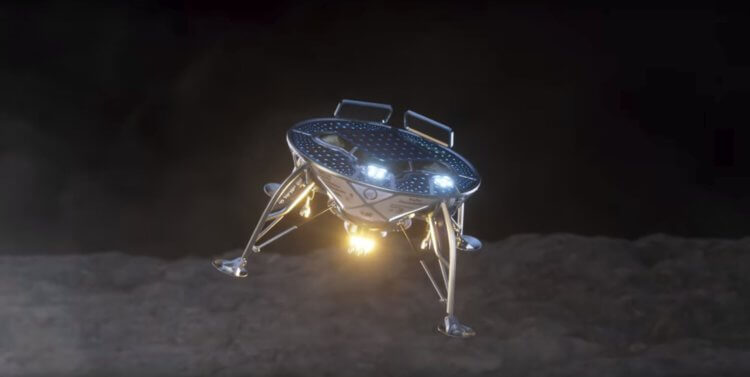 Israeli spacecraft "Bereshit" privateSpaceIL was unable to land on the surface of the Earth’s satellite in the lunar lowlands called the Sea of ​​Tranquility. During the operation, several problems arose that could not be solved in time. The device is officially recognized as lost. This was announced during the broadcast from the mission control center by one of the leaders of the mission.

“Unfortunately, we failed to plant the device,” the employee of the control center said.

Broadcast landing "Bereshita" was conducted through the official YouTube-channel SpaceIL.

Before starting the landing process, the device launchedthe main and additional engines, made several corrective maneuvers to reorient the module to its landing position. A few minutes later, Bereshit sent a selfie against the background of the Moon from a height of 22 kilometers to the satellite. It would seem that everything is going well.

But after that the problems started. First, the mission control center lost telemetry data from the device.

After a few seconds data transferrecovered, but there was a more serious problem. The main engine with which the module was landing was disconnected. He also managed to be successfully restarted, but, apparently, it took too much time to do this and he did not manage to slow down the machine while descending. According to official data, the connection with Bereshit has been lost.

After the unsuccessful landing of the Bereshit spacecraft, Israeli Prime Minister Benjamin Netanyahu said that the country would still land a spacecraft on the Moon in a few years.

"In 2.5 - 3 years, the Israeli spacecraft will be lunged intact," said the Prime Minister on Thursday, who was also present in the flight control room, from where the module landing landing took place.

Sending "Bereshita" to the moon took place 47 days ago. During this time, he covered a distance of 6.5 million kilometers. On April 4, the module entered lunar orbit.

If the moon landing was successful, Israelcould become the fourth country after the USSR, the USA and China, which delivered a robotic station to the surface of a natural satellite of the Earth in working condition.