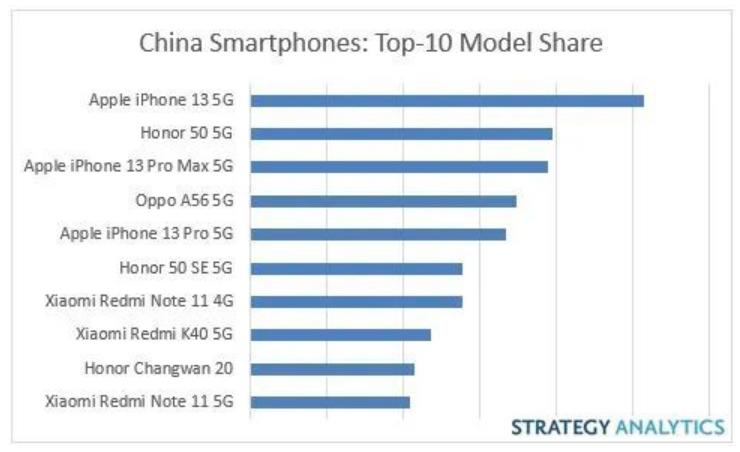 The iPhone 13 tops the list of best-selling smartphones, according to Strategy Analytics.

models in China in the first quarter of this year.In the top ten most popular models among the Chinese, there are two more Apple models - iPhone 13 Pro Max and iPhone 13 Pro. The top ten also includes three smartphones from Xiaomi and three from Honor and one model from OPPO. It is noted that eight of the ten most popular models in China support 5G networks. According to the results of the first quarter, sales of smartphones in the Chinese market decreased by 17% to 71.9 million devices. Among the top five companies in the Chinese market, only Honor managed to increase sales, while the rest of the companies decreased their performance compared to last year. Honor increased its results immediately by 200% and came close to the results of the market leader, OPPO, with shipments of 13.5 million devices.