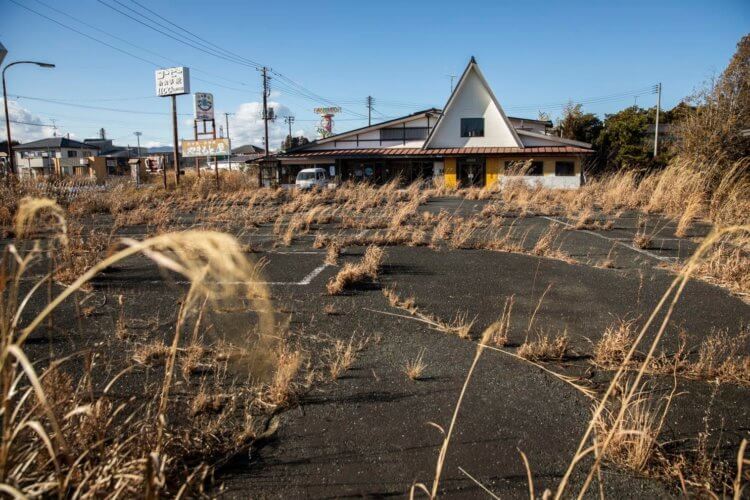 March 11, 2011 at Fukushima-1 NPP,located in the eponymous Japanese city, as a result of a strong earthquake and tsunami that claimed about 16 thousand lives, a major radiation accident occurred. The natural disaster brought down not only the station’s power supply system, but also backup generators, which caused the lack of cooling of nuclear reactors.

After it became known about seriousradiation pollution, the government decided to evacuate more than 160 thousand people who lived near the plant. In addition, around the nuclear power plant was created a 20-kilometer exclusion zone, which still exists today.

For several weeks the eyes of the world werechained to the nuclear power plant Fukushima Daiichi. Her security systems could not cope with the damage caused by the tsunami, and there were chances that the catastrophic meltdown of the reactor would spread radiation to several countries, as it was in Chernobyl in the 1980s. Heroic attempts to save the reactor, including the discharge of sea water into its core, helped prevent a serious catastrophe. Hundreds of thousands of people are still being evacuated from the disaster zone, and the restoration of infrastructure and cleaning will require hundreds of billions of dollars and many years.

Now the former residents of the city were allowedreturning to their homes once a month, while for security reasons they are prohibited from staying overnight. Recently, one of the photographers of the Reuters publication joined one of these monthly trips.

The deserted streets of the village of Namie (some already call it a “ghost town”), where about 20 thousand people lived.

Destroyed coastline of the village of Namie.

A small monument to the victims of the disaster near one of the abandoned houses.

A woman leaning on the damaged grave of her relative.

Worker gets rid of wild vegetation near Namie.

View from the window of an abandoned house.

Photos strongly resemble recent photographs from the site of the disaster at the Chernobyl nuclear power plant, which occurred on April 26, 1986.

Read also - How accurate is the Chernobyl series from the point of view of science?

33 years have passed since the accident at Chernobylthe city looks the same as it was left by residents during an emergency evacuation. Most likely, the same fate awaits Fukushima, since the city and its surroundings will not be habitable for a very long time. Do you think there is a chance of a repetition of such a disaster? Write what you think about it in our Telegram chat.