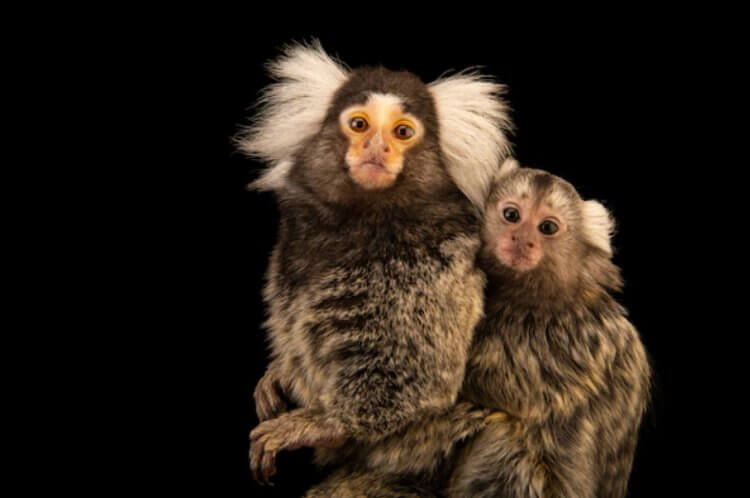 When a child is born, the first sound itpublishes is a cry. It is believed to be a sign of good health. But have you ever wondered why, just after being born, a baby is good at making sounds that they have never made before? Yes, perhaps this is a reflex, the same as, for example, sucking. However, according to scientists, everything is not so simple. Babies are trained to scream while still in the womb. And they begin to do this long before birth. They came to this conclusion on the basis of a study conducted on monkeys. But for the first time such an assumption was made back in the late 70s and early 80s, when doctors noticed that children in the stomach make characteristic movements with the muscles of the face. True, it was difficult to confirm this, since for this pregnant women would often have to undergo long-term ultrasounds.

Monkeys train to scream for two months before they are born

How are monkeys similar to humans?

Monkeys, on the one hand, bear little resemblance to humans.However, they are primates, which means that they have a much higher similarity with humans than, for example, laboratory mice. Moreover, male and female marmosets raise offspring together. Therefore, unlike the babies of other primates, baby monkeys are relatively helpless when they are born, like human babies. Therefore, they often scream and, thus, call their parents for help. Given this, scientists decided to use them for research.

“Marmosets are monkeys that we know make a lot of noise and have a lot in common with humans,” says Daniel Takahashi, one of the study’s authors.

To make monkeys sit for a whilemotionless, they were given a delicacy - a marshmallow, which, as it turned out, they are very fond of. With treats in hand, each of the four pregnant monkeys was scanned two to three times a week. Each session lasted approximately 45 minutes.

Scientists started doing ultrasounds to monkeys on the 95th daypregnancy, when the faces of the babies were already distinguishable. The study continued until birth on the 146th day. As a result, the authors of the work were able to carefully scan the faces of baby monkeys before birth, so that later they could compare their facial expressions with the facial expressions of the same monkeys after birth.

The aim of this work was to understand whenlanguage development begins. Studying these processes before birth may help identify problems with speech or motor development in people at an early stage.

Monkeys, unlike other monkeys, actively care for their children, like humans.

How babies cry before birth

During the earliest ultrasound sessions, “screaming”the facial expression of the embryos arose at the same time that they moved their heads. But as they grew and developed, the two movements gradually separated. By the end of the monkey's gestation period, their fetuses could open their mouths and make a characteristic facial expression without moving their head at all.

According to the authors of the work, the results of theirStudies have shown that although monkeys do not reach the level of language that humans do (although theoretically they can), their communication skills begin to develop even before birth. Moreover, with the maturation of the fetuses, these skills are improved.

According to scientists, in fact, an analogy can be drawn with how human babies begin to walk on all fours before moving on to upright posture.

It must be said that earlier in the scientific communitythere has been some debate as to how useful marmoset research can be. The latest work has shown that monkeys are great for studying the development of the human fetus in the womb, including training communication skills.

“In my humble opinion, monkeys can givewe have more information than chimpanzees,” says Andrea Ravignani, comparative bioacoustic specialist and research team leader at the Max Planck Institute for Psycholinguistics.

The results published in eLife are for surewill form the basis for other studies that will help detect defects in the development of speech. True, it is still difficult to say what scientists with this knowledge will do next. After all, it is unlikely that it will be possible to influence the development of the fetus.

And finally, let us recall that although animals are not able to talk like people, they can understand us. In particular, this applies to dogs, as we talked about earlier.