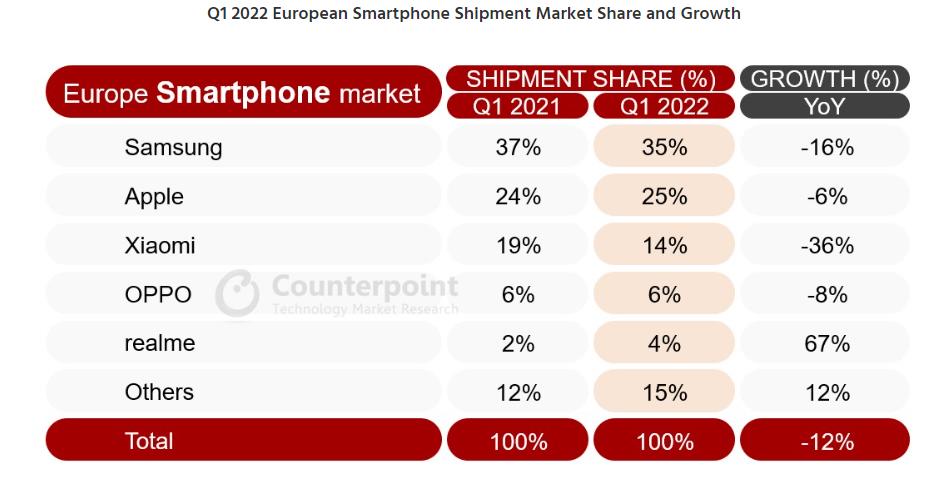 According to the research company Counterpoint, in the first quarter of this year, the European market was

sold 49 million smartphones.This is the lowest first quarter result since 2013, in general, the smartphone market declined by 12%. European consumers opted for Samsung, which accounted for 35% of total sales in Europe. The top five vendors also include Apple, Xiaomi, OPPO and Realme. Only Realme managed to demonstrate a positive trend in sales. Its deliveries increased by 67% compared to the results of the first quarter of last year, which allowed the company to take a share of 4%. The situation with sales in Europe is seriously affected by the conflict in Ukraine. According to forecasts, the negative trend will continue, which will also affect the results of the second quarter.