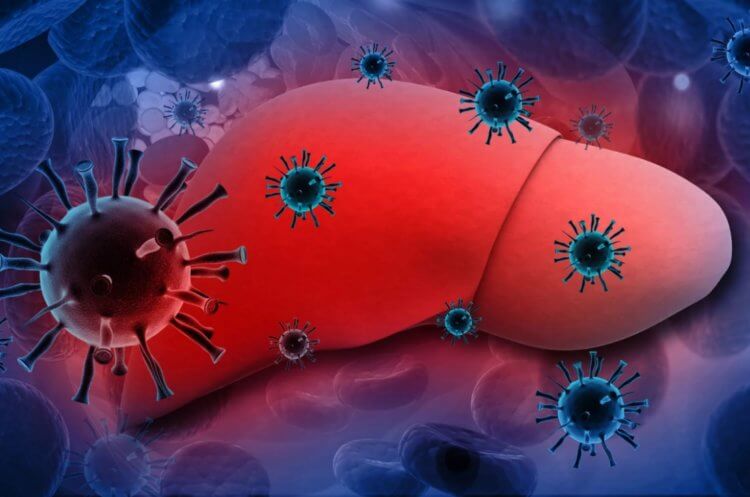 The world did not have time to recover after the childmultisystem inflammatory syndrome caused by COVID-19, which even led to death, as disturbing news began to arrive from Europe again. First, in Britain, and then in other countries, doctors began to record outbreaks of severe hepatitis in children. WHO first reported the problem on April 5, when doctors in Scotland recorded ten cases of severe liver inflammation in children. A few days later, hepatitis was diagnosed in 74 children across the country. Then a similar disease began to be reported in Spain, Denmark, the Netherlands, the United States and some other countries. What is the cause of this disease and how dangerous is it in general?

In Europe, children began to end up in hospitals with severe inflammation of the liver, some of them even needed an organ transplant.

The danger of viral hepatitis in children

Hepatitis is an inflammation of the liver.This condition can either be curable or lead to serious complications such as fibrosis, cirrhosis, or even liver cancer. Most often, the disease is caused by hepatitis A, B, C or E viruses. But, looking ahead, we note that none of the children who fell ill in Britain had these viruses detected.

“The situation should be taken seriously. The increase in the number of cases is unexpected, and the usual causes have been excluded, ”says the WHO Regional Office for Europe.

How dangerous is this outbreak?None of the British or Spanish children died, according to the World Health Organization, but many were in serious condition and were hospitalized as a result. Moreover, some of the children even required a liver transplant.

Hepatitis is dangerous with severe complications

However, according to experts, mostchildren recover on their own. It is also reported that only children under the age of 10-13 are sick. According to the UK Health Safety Agency, the majority of affected children are between 2 and 5 years old. The symptoms were the same for everyone - vomiting and jaundice, that is, yellowing of the skin and whites of the eyes.

What caused the outbreak of hepatitis among children in Europe

The first outbreak of hepatitis was detected in ScotlandMarch 31, when children aged 3 to 5 began to get into hospitals with severe hepatitis of unknown etiology. To this day, the cause of these cases is unknown. Initially, experts blamed the incident on a pathogen or toxin that could have entered the children's body with food, drinks, or through toys. But now doctors are almost certain that the outbreak is caused by an infection.

According to the main version, hepatitis is caused byadenovirus. This is a family of viruses that commonly causes the common cold. All affected children in the US and half of those in the United Kingdom have tested positive for the virus. It is transmitted by airborne droplets, as well as tactilely, that is, as a result of touching infected people or surfaces. Often the virus causes vomiting, conjunctivitis, diarrhea, symptoms of acute respiratory infections. But hepatitis due to adenovirus is extremely rare.

Since the evidence is still insufficient, it is too early to draw final conclusions. It is possible that the disease is caused by an unknown microbe or a mutated strain of an existing pathogen.

Childhood outbreak may be caused by previous COVID-19

Hepatitis in children - consequences of the COVID-19 pandemic?

Several affected children had a positivetested for coronavirus shortly before or after hospitalization, but none of them were vaccinated. Of course, SARS-CoV-2 is unlikely to be the cause of the hepatitis outbreak. But, according to experts, the pandemic may be indirectly involved in this.

Perhaps the isolation of the youngest children weakenedtheir immunity, since they were not affected by viruses, as is usually the case in childhood. As a result, children have become more vulnerable to infections, including adenoviruses, which previously did not cause severe harm to their bodies.

“We are seeing a surge in typical childhood viral infections after children are released from quarantine, including a surge in adenovirus infections,” says clinical virologist Will Irving.

Experts are also considering other versions.For example, hepatitis may be an immunologic effect of prior COVID-19 that left children vulnerable to infection. It is possible that the illness could be a long-term complication of COVID-19 itself.

But, whatever the cause of the disease, the childhepatologist Marianne Horby Jorgensen says parents shouldn't panic. To date, a relatively small number of cases have been identified. The outbreak did not take on a massive, threatening character.

Doctors also report that the liver isan organ that regenerates well over time. However, when the first symptoms appear, you should immediately seek medical help. Finally, we recall that according to a recent study, cholesterol is able to protect the liver from inflammation.