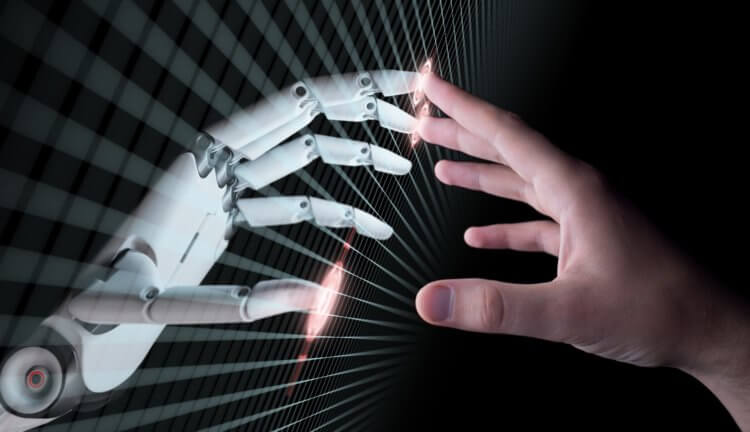 Scientists from different parts of the world are trying to erasethe line between artificial and living organisms, to ultimately create robots capable of self-production of their own kind. The first step to this was recently made by researchers from Cornell University - they created biological material that demonstrates the three key properties of living organisms: self-organization, ability to metabolism and development.

On the basis of the material is DNA, which providesassembly and synthesis of hierarchical materials. The instructions for metabolism and regeneration are encoded directly in the material and, as a result, it can creep forward due to the production of a substance like mucus. The movement is quite an obvious way - new strands of mucus grow in the front and pull the material forward, while the rear ones die off and decompose.

We have introduced a completely new concept of materialbased on its own artificial metabolism. We are not doing something alive, but creating materials that look more realistic than ever before.

Dan Luo, one of the authors of the study

Scientists assure that all processes occurring withmaterial, autonomous, and does not require human intervention. They compare it with the development of the first life of several types of molecules - perhaps something similar happens with the material. Although the material is very primitive, it still lays the foundation for creating robots similar to living organisms.

In the future, researchers want the materiallearned to avoid or attract various stimuli, such as food and light. They also intend to increase the life of the material. All this is quite possible, since researchers are still only at the first stage of creating robots from biomolecules.

About how future robots will be able to create their own kind, read in our material. Also do not forget to join our Telegram-chat, where you can always chat on topics that interest you!