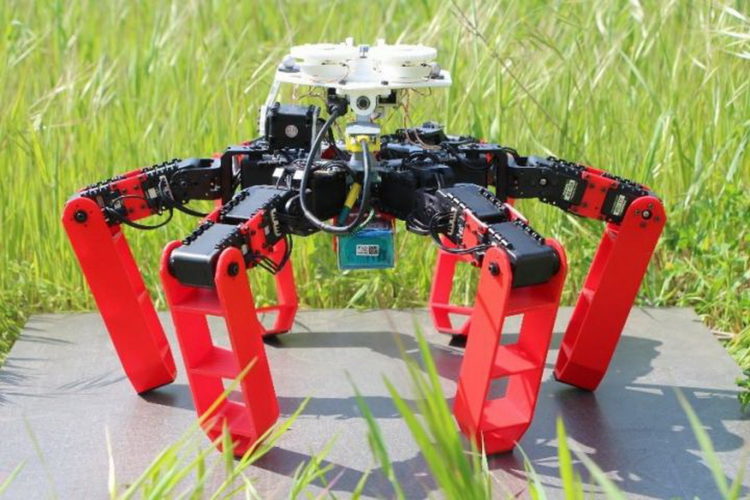 French scientists have created a robot capablenavigate in space without GPS. Instead, he copies the desert ant's “navigation system” using an optical compass sensitive to polarized light and ultraviolet radiation. About the robot AntBot is reported in detail in an article in the journal Science Robotics. The development press release is published by the EurekAlert portal!

Scientists have long noticed that desert ants insearching for food can overcome several hundred meters, and then return in a straight line back to their home by the shortest route, regardless of whether they had moved randomly before. Their outstanding navigation talent is based on two components: the ability to count the distance traveled and steps, taking into account the speed of movement relative to the Sun, and the biological "celestial compass", which reacts to the polarized light of the sky on the ground.

Created by researchers National CenterFrench scientific research (CNRS) and University of Ex-Marseille (AMU); the AntBot robot weighing 2.3 kilograms uses the same methods. It is equipped with six legs for greater mobility (can move around difficult terrain, for example, where robots on wheels and drones cannot) and is equipped with a variety of sensors, data from which are processed by a single Raspberry Pi computer.

As a solar compass, the machine usesa pair of ultraviolet sensors, as well as polarizers, the rotation of which allows you to set the distribution of polarization of the incident light across the sky, which allows you to determine the direction of motion. In addition, the robot has an optical flow sensor. It consists of two rows of six hexagonal pixels. Due to the delay in the appearance of the image at two adjacent pixels, the sensor can calculate the optical flux.

With the help of these devices, AntBot, like desert ants, is able to explore the environment and independently return to its base with an accuracy of one centimeter.

Since development is a prototype, ithas some limitations. The creators note that during the experiment, the car passed only about 14 meters, so these results are difficult to compare with the efficiency of movement of real ants. Given the size, speed and distance traveled, the robot must travel about 30 kilometers in order to equal the effectiveness of real ants. Therefore, before looking for a potential application for it, it is necessary to achieve greater mobility, the authors add.