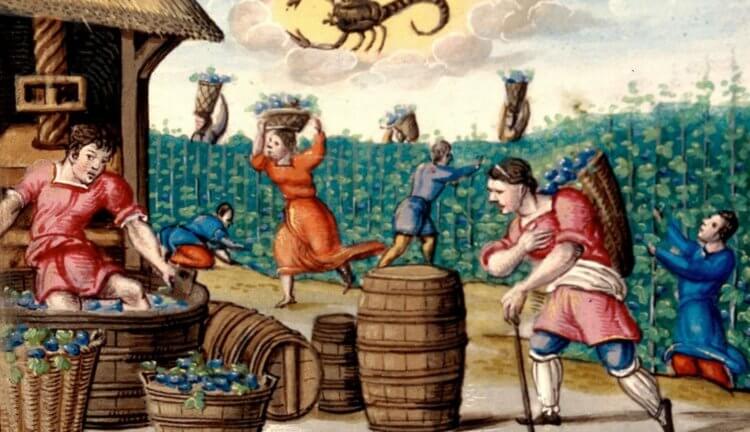 Historical books are full of interesting facts aboutlife of famous people - sometimes they know so much about them that among this information you can even find a list of their favorite dishes. At the same time, very little is known about ordinary people, but researchers from the University of Bristol have filled these voids. Thanks to the chemical analysis of ceramic tableware, they for the first time accurately determined what the medieval commoners from England ate.

Fragments of dishes were found in the village of WestCotton, which is in the county of Northamptonshire. According to archaeologists, the age of the finds is about 1,450 years, and they prove for the first time that the diet of the peasants was not limited to a dull sequence of peas, porridge and vegetation. On the contrary, ordinary people sometimes had the opportunity to eat meat of livestock and even fresh cheese.

During the study, archaeologists concentratedon the search for fats and oils on ceramic dishes. The choice fell on him, because ceramics are especially valuable in such studies - it was widely used, and its porous structure easily absorbs and stores organic remains for a long time.

Having studied the findings, the researchers concluded thatEnglish commoners could often eat stews — hints of cattle and sheep meat, as well as mixtures of leafy vegetables like cabbage and onions hinted at it. Occasionally pork could appear on the tables of peasants, but in very small quantities.

In addition, one quarter of the ceramic dishesused to store dairy products. Most likely, the peasants consumed many varieties of cheese, because they had all the possibilities, judging by the contents of the dishes.

If you dig deeper into the story, the diet of a person’s food was directly reflected on his face. You can see how people have changed over thousands of years in this interesting video.