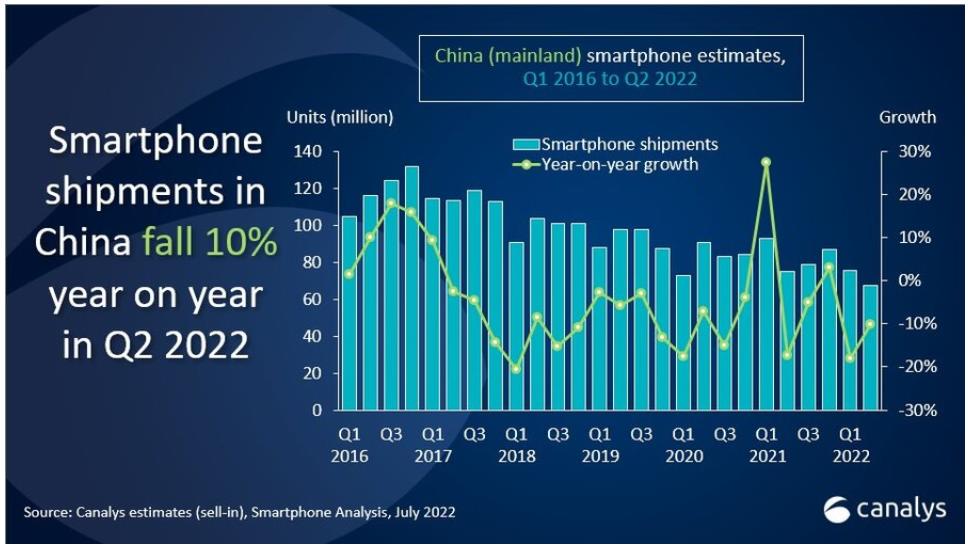 According to research firm Canalys, global smartphone shipments in Q3 and Q4

this year will continue to decline, and as a resultyear the market may miss 300 million smartphones. This could lead to the worst bottom line results since 2012. Canalys estimates the decline in the Chinese market in the second quarter at 10%, to the level of 67.4 million devices. The top five in China are Vivo, Honor, OPPO, Xiaomi and Apple. Canalys, unlike IDC, ranked Vivo in first place in Q2 shipments with 13.2 million units shipped, followed by Honor with 13 million smartphones sold. At the same time, it is noted that it is Honor that demonstrates steady growth, unlike other Chinese manufacturers.