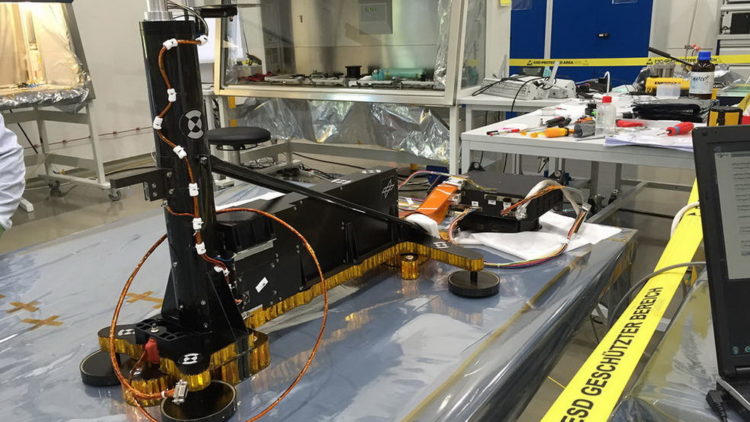 Landing module InSight aerospaceNASA is equipped with a special HP3 tool (Heat and Physical Properties Package), designed to drill Martian soil to a depth of five meters and study the heat flow of Mars. On February 28, the installation partially coped with the task of the first drilling of the surface of the Red Planet, in 4 hours having advanced 40 centimeters deep, instead of the planned 70. According to the official website of NASA, since the second drilling session scheduled for March 2, HP3 could not move further, and its inclination was about 15 degrees relative to the vertical axis.

The mission team believes the boer has encountereda fragment of rock or stone that interferes with the further process. Considering the terrain and the presence of stones on the surface at the drilling site, the mission team expected that the device could also encounter several fragments of hard rock beneath the surface of the planet. At the same time, the mission team believed that the one developed at the German Aviation and Cosmonautics Center (DLR) and called the “mole” would be able to push small stones aside or go around them. But, apparently, he could not cope with this task.

"The mission team decided to suspend the work of the drill,to analyze the situation and develop a plan to overcome the obstacles, ”said Tilman Spon, curator of HP3 mission from DLR, on NASA's official website.

The specialist adds that it was decided to stop the drilling work for two weeks.

Data obtained from the probe suggests that itworking properly. Thermal sensors inside the drilling tool function normally, determining the thermal conductivity of the environment. This week, the mission team plans to measure the thermal conductivity of the upper layer of Martian soil. The InSight landing module itself has a radiometer. With it, the device can measure temperature changes at the surface of the Red Planet.