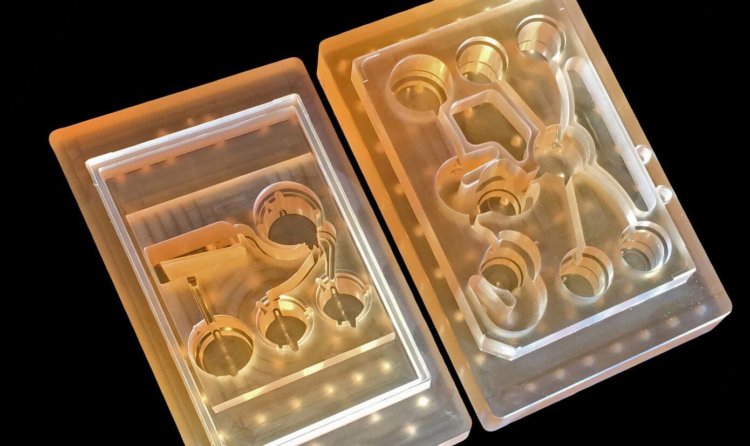 When a pharmaceutical company needs to find outhow a new drug affects human physiology, the list of options is not so long. Most often, medicines are tested on laboratory mice, which can hardly be called the "ideal human analogue." And what to do in this case? Researchers at the Massachusetts Institute of Technology have a solution: “a body on a chip” is an artificial imitation of the human body, which is a system within which 10 human organs are connected, the role of which is played by millions of living cells.

Indeed, any scientist understands perfectlythat testing drugs in laboratory mice greatly limits the experiment and does not always lead to accurate results. Today, there are several platforms called “organs on a chip” (researchers also often call them “microphysiological systems”). And although they are useful in research, the organs in them are not isolated from each other, which makes the system not so ideal in terms of experiments. In fact, earlier the tissues of all organs fell into one pile, which prevented us from seeing the full picture of what was happening.

Pharmacists need more accurate results.research. For example, when testing a drug on liver cells, they need to explain the effect of certain by-products, which then enter the kidneys. But what if derivatives arising in the body in the liver adversely affect the work of any other organs not directly related to the liver? It was in order to increase the accuracy of drug tests that MIT employees decided to develop a more complex platform, inside which scientists will be able to place up to 10 tissues of various human organs, divided among themselves, which will allow to regulate the flows of various substances and medicines between them in real time.

The developers of the new platform called it “body onchip "by analogy with the computer term" system on a chip ", which designates processors that include not only the CPU, but also a graphics accelerator, as well as other auxiliary systems. The press release was published in the journal Science Advance. The platform allows living tissues of the human body to exist in vitro for several weeks, while remaining in a stable state. Researchers at any time during the experiment will be able to take tissue samples to examine them in more detail.

“The advantage of our platform isthat we can scale it up or down, introducing new configurations into it. I believe that a “body on a chip” will allow researchers to receive much more useful information during drug trials, and over time it will become much cheaper than at the moment, which will facilitate its dissemination, ”says the author of the project, Linda Griffith.

To date, the new platform has already beentested on organs and tissues such as the liver, brain, heart, pancreas, lungs, kidneys, intestinal cells, uterine, skin and skeletal muscle cells. The system allows you to enter the drug into the intestine and track its effects on other organs and cells of the body. The platform allows researchers to significantly accelerate the testing of new drugs and increase the accuracy of the research results, bringing the simulation as close as possible to how the body of a real person is arranged.