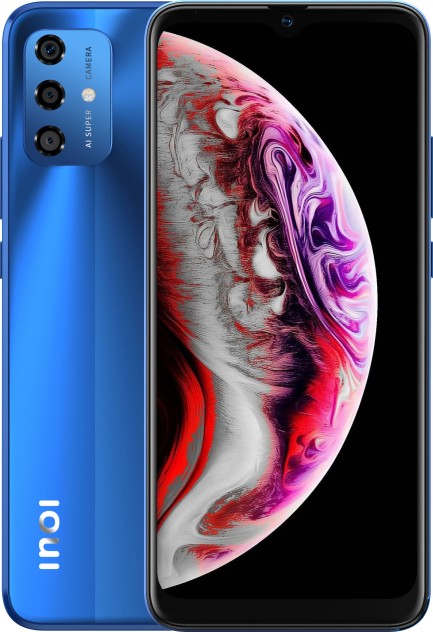 Today we will talk about the INOI A83 smartphone.In general, the first information on this smartphone appeared quite a long time ago. But when they tell me about the unknown six-core chipset from Unisoc, I fall into a stupor and refuse to compose news. But finally, the brand of the chipset is named, and ...

Briefly speaking.Time passes, but the INOI company, which has finally and irrevocably left Russia, does not change. If you can mix something up, they will mix it up. So the Unisoc T606 chipset has six cores, and the 18:9 screen is suddenly assigned a resolution of 720×1600. Probably, the pixels of this screen are not square, but slightly rectangular.

So.The Unisoc T606 chipset is, of course, a budget one, but quite reasonable. If two older cores were not bitten off in some magical way, then in AnTuTu it is quite possible to expect a little over two hundred thousand points.

The INOI A83 has a very decent amount of memory. 6 GB RAM and 128 GB storage. And there is support for memory cards.

The battery is so-so, only 4000 mAh. They are silent about the charging speed.

Cameras. 13 MP front, 48 MP plus two minor auxiliary modules on the back.

There is Type-C. They are silent about Wi-Fi ranges. Apparently, there is no NFC module and a fingerprint scanner.

Main characteristics of INOI A83: