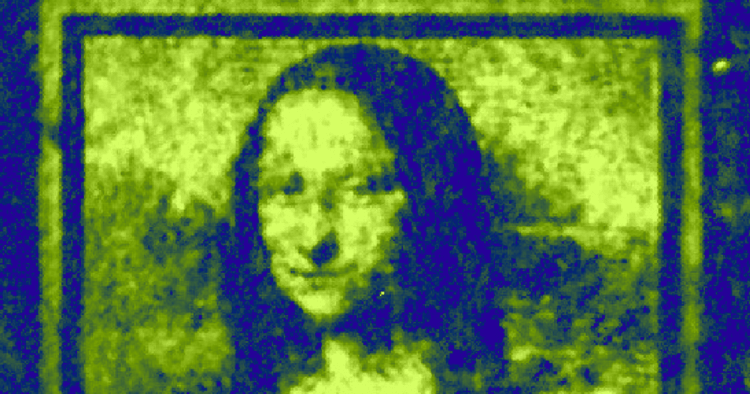 Scientists from the University of Queenslandreproduced "Mona Lisa", "Starry Night" by Van Gogh, as well as a dozen on a quantum canvas, no wider than a human hair. Images were projected and photographed on a drop of gaseous quantum matter known as Bose-Einstein condensate, according to a press release from the University of Queensland. According to Dr. Tyler Neely from the Center for Advanced Technologies ARC for engineering quantum systems from UQ, initially “quantum replicas” were an interesting side project along with more serious research.

“We never sought to do this. Our task was to better understand the unresolved riddles about how liquids flow. We hoped to gain a new understanding of how our everyday world emerges from the microscopic quantum world, helping us create new quantum-advanced technologies. But while we were doing this, we just managed to create some of the smallest masterpieces in the world, ”commented Neely.

To create miniature art copiesmasterpieces, as well as other images, Dr. Neely and his team cooled the gas consisting of rubidium atoms to several billionths of a degree Celsius above absolute zero, which at -273.15 degrees Celsius is the coldest possible temperature.

"The gas does not freeze because it is too diluted andbehaves like a drop of gaseous quantum matter. Then we put the image on a laser-illuminated projector, but instead of projecting it as large, we sent it back through a microscope to make the image tiny. This light “printed” the image in a section about 100 microns wide — more or less than the width of a human hair, which can vary from 17 to 181 microns. After that, we took the resulting image, which turned out to be only black and white, made color shots, creating a red, blue and green image, and then combined them on a computer. ”Explains Neely.

The result is an image that is barely visible to the human eye. The size of each pixel in it is only about 50 atoms.

"One of the first images we created wasthere was a Van Gogh painting "Starry Night". However, soon after that, we recreated other masterpieces of artistic art, as well as famous photographs, including photos of ourselves. ”

Researchers believe that these initialThe images are an impressive demonstration of quantum matter as a completely new material for the production of art and even hint at the creation of a new direction in culture - “scientific art”.

“We are going to collaborate with artists who will help us understand how to realize the creative vision of this technology,” adds Nili.