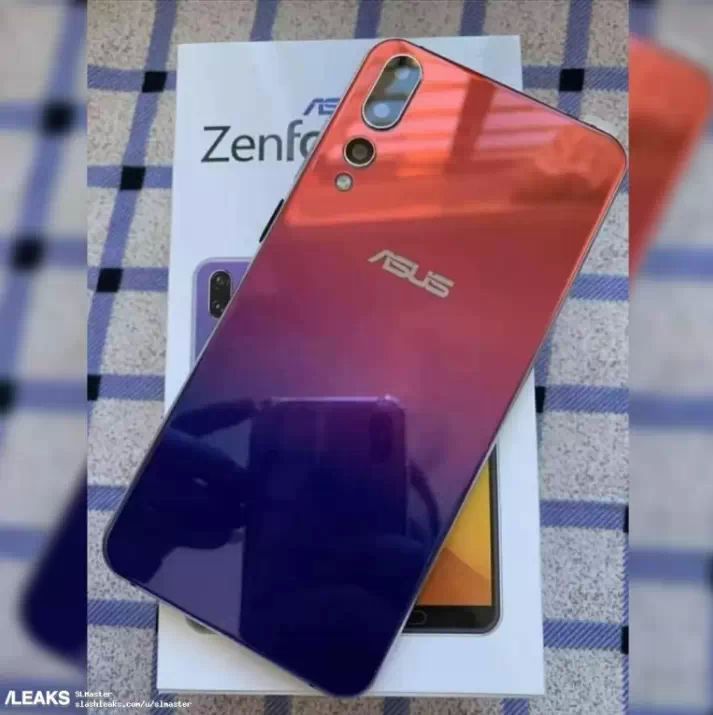 As long as not officially presented ASUS smartphoneZenFone 6 (not to be confused with ASUS ZenFone 6 A600CG / A601CG 2014 release) photographed with the packaging. Such a tandem gives grounds to assume that the model is final, ready to go on sale, and it is in this form that the device will appear before the public.

And this, in turn, means that ASUS has become another company that has decided that there are not many cameras. ASUS ZenFone 6 will be the first smartphone company with a triple main photo module.

Although the pictures got only the back sidedevices (by the way, how do you like the gradient color variant?), a piece of a box peeking out from under it tells something about the model's front panel. They did not abandon the “forehead” and “chin”, which suggests the conclusion that there is no cut on the screen. He is not needed just.

But somewhere there should be a fingerprint scanner, and it seems that there is no place for him except under the glass of the screen.

Most likely, we will find out the details of the model in a couple of weeks - if ASUS ZenFone 6 has matured on the eve of the MWC-2019, it means that it will be presented at this event.