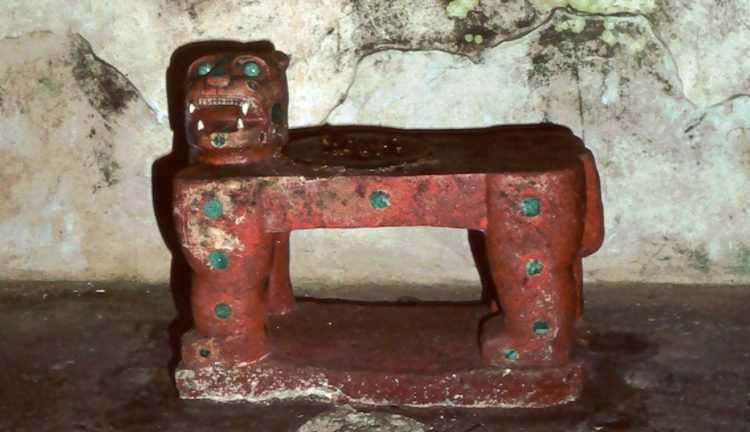 In 1966, under the ancient Mayan city of Chichen ItzaA cave system was found. To fix the discovery, local residents called the archaeologist Victor Segovia Pinto. He wrote a report, but did not excavate, and the residents simply closed the entrance. It turned out that both the archaeologist and the inhabitants were too hasty - if they had walked about 400 meters along a narrow passage, they would have been in a chamber with more than 155 artifacts with a millennial age. Archaeologists from the Gran Acuífero Maya project discovered them only half a century later, and studied many interesting objects.

According to Maya mythology, deep caves areportals to the underworld called Xibalba, whose rulers infect humans with diseases. In these "places of fear" people could get fresh water and, as a rule, made sacrifices. One theory says that the Maya people died because of a severe drought between 800 and 1000 AD - it is quite possible that in this cave they had artifacts dedicated to the rain god Tlaloc.

Among the hundreds of items are ceremonialvessels with the image of deities, a stone throne in the form of a jaguar and a statue of Chuck-Mool, on a tray which put the hearts of sacrificed people. Ceramic utensils and tools were broken, presumably during rituals. Many objects in the cave are covered with a layer of carbonate, which is formed under the influence of groundwater over many centuries. On the basis of the artistic style of the objects, it was assumed that they were made somewhere in the 7-10th century.

Excavations in the cave were begun only in 2018. It is possible that after some time, archaeologists will find more ancient artifacts and, perhaps, human remains.

If you want to keep abreast of the news of science and technology, subscribe to our channel in Yandex. Dzen. There you will find materials that are not on the site!