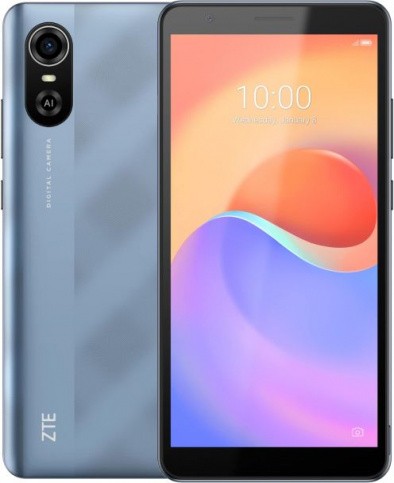 The ZTE Blade A31 plus smartphone has appeared on the Russian market. By its characteristics, it is a typical budget device based on Android Go. But with a couple of nuances.

Firstly, as you could already understand from the headline of the news, there is an NFC module. (However, unfortunately, there is no fingerprint scanner).

Secondly, an interesting appearance. On the front side there is an “outdated” screen with wide bezels and no cutouts. And from the rear, suddenly, a very elegant (I would even say richly) designed island of cameras.

The chipset is the well-known Unisoc SC9863A.So there is support for LTE networks. But the performance is so-so. Do not expect much more than a hundred thousand points in AnTuTu. The minimum possible amount of RAM, only one gigabyte. But there is a lot of permanent memory, by the standards of such devices, 32 GB. Support for memory cards, of course, is available.

The cameras are unpretentious, single. 5MP front and 8MP rear.

Key features of ZTE Blade A31 plus: