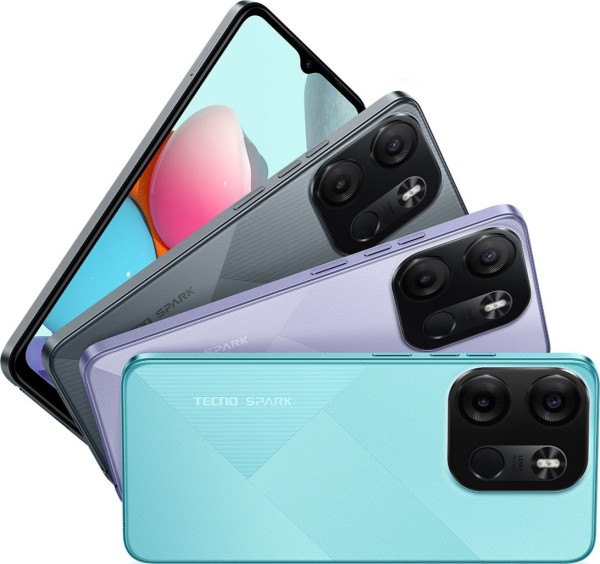 In general, smartphones called Spark Go have been released once a year since 2019. So this one is the fifth one.

The first, Tecno Spark Go 2019, was the smallest with a 6.1″ screen. The next three are
Spark Go 2020, Spark Go 2021 and Spark Go 2022 are practically twins. Identical screens, batteries, sets of cameras, amount of memory… Except that the appearance is slightly different.

The chipset was left the same, MediaTek Helio A22. Those. in AnTuTu we are waiting for a hundred thousand points at best.

The set of cameras is the simplest. 5 MP front, 13 + 0.08 MP rear. Here, by the way, compared to its predecessors, there is even a slight downgrade. For those, the front camera had a resolution of 8 MP.

The ancient Micro-USB has finally been replaced with Type-C. The fingerprint scanner was left on the back. But Wi-Fi suddenly became only single-band (unless, of course, this is not a typo).

NFC-module is not promised. But it is possible that it may appear in versions of the device for other countries.