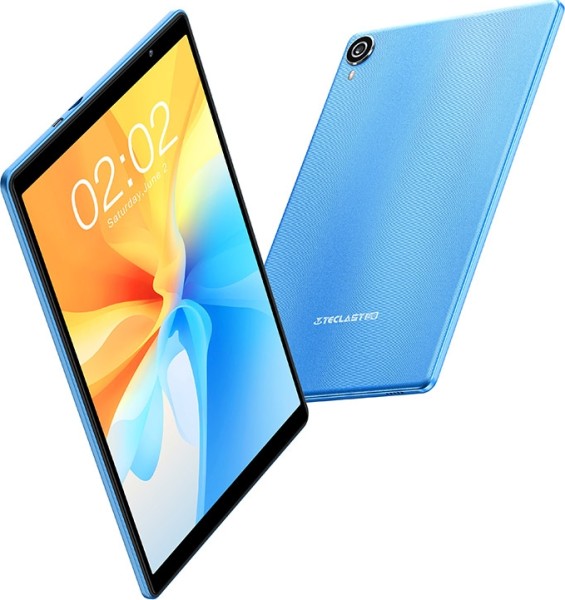 Teclast has officially unveiled its next low-cost tablet. Getting acquainted with Teclast P25T.

Teclast P25T is logical enoughupdate of last year's Teclast P25 model. Added memory - it became 3 + 64 GB against 2 + 32 GB. Slightly changed appearance. They installed fresh Android 12. And, suddenly, support for Wi-Fi 6 appeared. The question is - where did it come from? Because, according to the official specification, the chipset used does not support the sixth Wi-Fi. Added a separate microchip?

The chipset here is Allwinner A133. Weak quad. Statistics on its performance are still nowhere to be seen, but it obviously will not reach one hundred thousand points in AnTuTu.

The rest of the characteristics are also not very impressive.

The good news is that there are stereo speakers, dual-band Wi-Fi and Type-C.

Of the bad news - there is no support for mobile Internet. And there are some doubts about the presence of a GPS module.

The tablet page has already appeared on AliExpress.Now the price is $104.39 (₽7070). Whether it is final or preliminary, I find it difficult to say. But if the tablet becomes cheaper, then obviously not much.