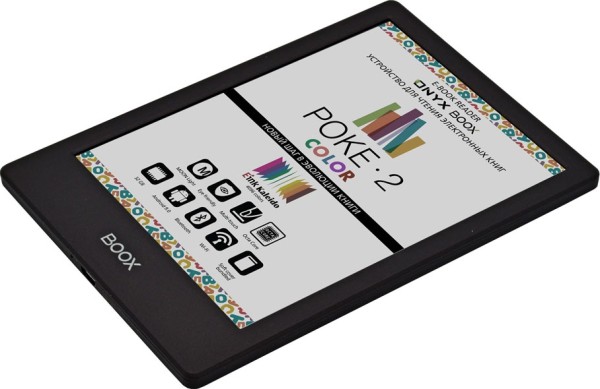 Everyone has probably heard about color electronicink. Those that are used in e-readers such as Onyx Boox Poke2 Color and PocketBook 633 Color. The essence is a black-and-white reflective screen, on top of which a special “color filter” is placed. As a result, we get a grayish and unusual, but still colored picture. True, with all the limitations inherent in E-Ink technology. Like a small number of colors (4096) and a low refresh rate (you can't watch the video). Moreover, low resolution - only 100 ppi for color pictures. (At the same time, the above devices can display black and white text with a normal resolution - 300 ppi).

NXTPAPER is a competing technology.Apparently, the idea is the same. A colored filter is placed over a certain reflective layer. Only faster, higher and stronger than the competitor. They promise normal resolution and the ability to play videos. The first time they started talking about NXTPAPER was in September, at the same time a prototype device was shown at the exhibition. Colors as weird as e-ink. Well, what about video playback is unclear. Didn't show ...

Now, as part of the online exhibition CES-2021, it wasa device called TCL NXTPAPER has been officially announced. By all accounts, it is an ordinary low-power tablet. Only with such a paper-like screen.

What is wrong. The capabilities of the screen are still unclear. How many colors can it display? They didn't say. Maximum frequency of changing the picture? And this issue is also bypassed.

But the backlight at the screen, in contrast tothe mentioned readers are not here. Hopefully TCL managed to make the screen light enough to be readable in standard room lighting. Color e-ink is a bit dark for this use.

Briefly about the rest of the characteristics.

Low-power MediaTek MT8768 chipset - less than a hundred thousand AnTuTu points. For a tablet of this value, the performance is ridiculous. By the standards of readers, more than sufficient.

Memory. 4 GB of RAM, 64 GB of constant, there is support for memory cards. Fine.

Cameras. They are. Frontal at 5 MP (for some reason, interpolation up to 13 MP is declared), rear at 8 MP.

There is support for LTE networks and dual-band Wi-Fi.

Apparently, the standard tenth Android is used as the operating system.

We are waiting for the sale and reviews. If TCL really could make an electronic paper that you can watch videos on, that's unrealistically awesome!