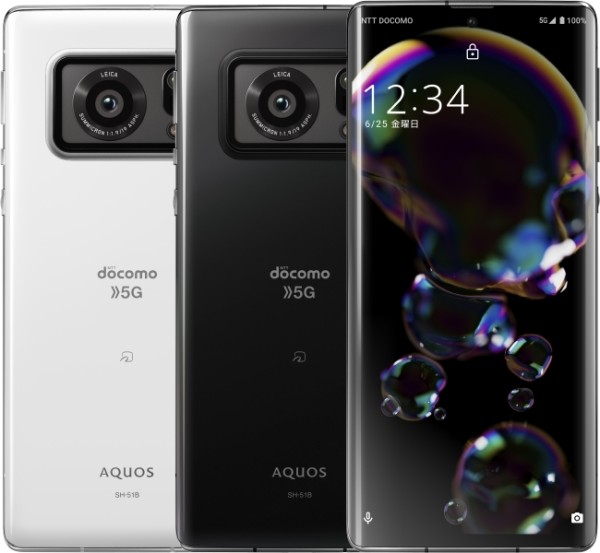 Sharp decided it was boring to be like everyone else. And they released the flagship smartphone Sharp Aquos R6 with a single rear camera. Single. But wow what! With a huge inch sensor! Record!

Record? Record repetition, if I'm not mistaken.Back in 2014, a miracle Yudo called Panasonic Lumix CM1 appeared in the world. Either a smartphone, or a camera ... However, that Lumix did not gain much fame.

As you can see, the Aquos R6 looks a lotmore smartphone-like. Flat, not very thick. A couple more circles are visible next to the camera. It's a flash, of course. And a ToF sensor. The camera was created in collaboration with Leica. Summicron inscription on the lens ... We are waiting for super photos. It remains only to wait for at least some reviews to be convinced of this.

The second outstanding part of a smartphone is the screen.OLED-matrix with a diagonal of 6.6 ″ (formally the type of matrix is ​​called IGZO OLED). Ultra high refresh rate up to 120 Hz. High, but unusual resolution 1260 × 2730 (456 ppi). The screen is strongly rounded. A fingerprint scanner is hidden under the screen. They say very big ...

Otherwise, everything is also cool, but enoughtrivially. The chipset is, of course, Qualcomm Snapdragon 888. A lot of memory - 12 GB of RAM, 128 GB of storage. Capacious 5000 mAh battery with unknown charging speed.

Like any self-respecting Japanese smartphone, Aquos R6 has IP68 protection against water and dust.

The cost is still unknown. Prospects for an appearance outside of Japan are dim.

"First Look" in Japanese (only from the side of the screen, alas)

The main characteristics of the Sharp Aquos R6: