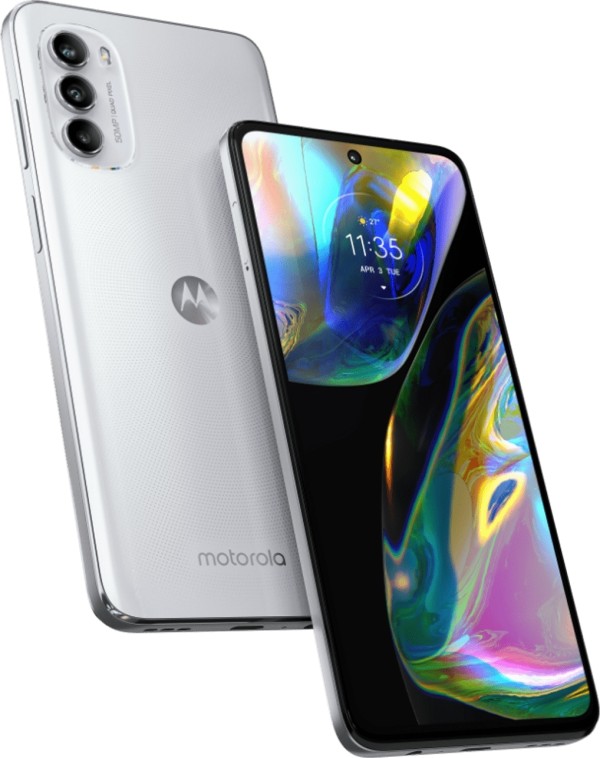 Motorola announced for Europeanmarkets smartphone Moto G82 5G. A solid middle class with an AMOLED screen, fast charging and even optical stabilization for the main camera. Let's get acquainted.

Qualcomm Snapdragon 695 chipset, which means that the smartphone will score about 400 thousand points in AnTuTu. Quite solid.

Memory.So far, only one version with 6 GB of RAM and 128 GB of permanent memory is visible on sale. Apparently, in some markets, a version with 8 GB of RAM may also appear. Support for memory cards is available, the slot is separate.

A battery with a typical capacity for today is 5000 mAh. Charging is fast, but not insane - 30 watts.

The set of cameras is normal.The front has a resolution of 16 MP. There are three rear cameras - 50 + 8 + 2 MP (main, wide-angle, macro). The main camera has optical stabilization. The sensor is not specified, but, by all indications, this is the simplest of the sensors of this resolution, i.e. Samsung ISOCELL JN1. The wide-angle camera is also trained to work as a depth sensor.

Other. The fingerprint scanner is located on the side. NFC module is available. Fifth Wi-Fi and Type-C in place. There is a symbolic “splash protection” according to the IP52 class.