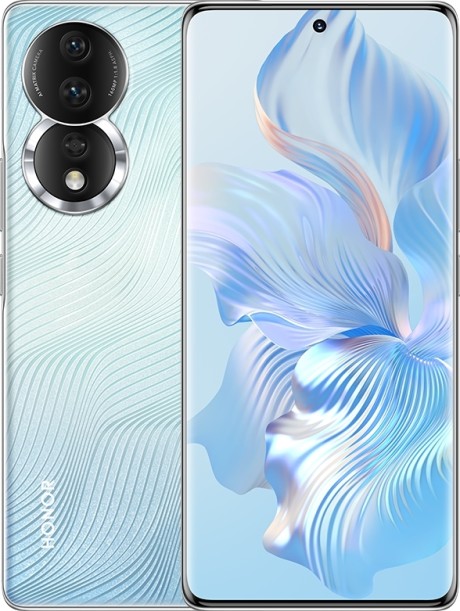 This news is about Honor 80.About Honor 80 Pro, read a separate news. Although, in general, these two are a pretty logical sweet couple. They have the same batteries, chargers, main cameras, amount of memory. Otherwise, the “proshka” is more powerful and more expensive. And bigger.

So. Honor 80.The debut of the brand new Qualcomm Snapdragon 782G chipset. It is claimed that there is nothing particularly new in this chip. A cosmetic update to last year's Snapdragon 778G+. There are no performance statistics yet, of course. But before us is definitely a serious middle class. We are waiting for 550-600 thousand points in AnTuTu. (The Honor 80 Pro has the flagship Snapdragon 8+ Gen 1, which means that AnTuTu can easily be worth a million parrots).

The capacity of the battery is average, 4800 mAh. Charging is pleasantly fast at 66W.

Cameras. The lone front camera has a resolution of 32 MP.There are three rear cameras - 160 + 8 + 2 MP (main, wide-angle, macro). The main sensor is large, 1/1.56″. Who he is and what he really knows is still unclear. Previously, no one had cameras with exactly the same resolution in smartphones. It makes no sense to guess about the quality of photos, we are waiting for reviews. But it is worth noting that there is no optical stabilization ...

Other. There is an NFC module, Wi-Fi 6 and a fingerprint scanner hidden under the screen. There is no standard audio output.