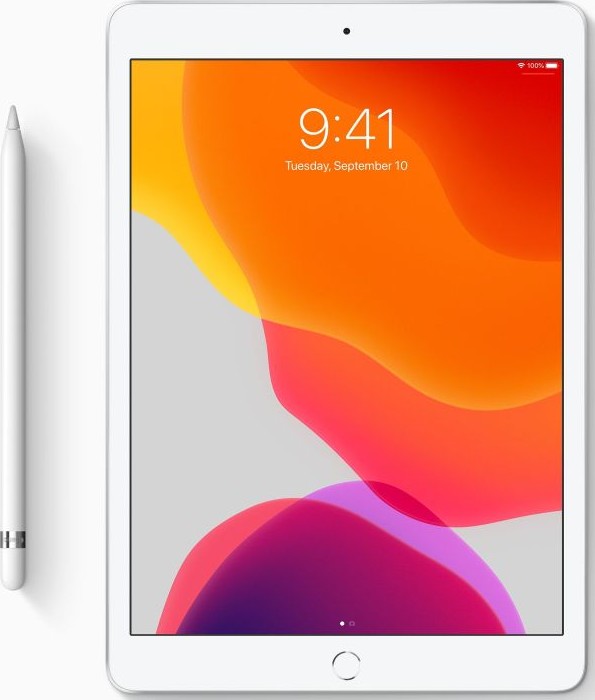 The screen size has changed - it has grown to 10.2 ″ and the resolution increased proportionally - up to 2160 × 1620 pixels. The rest (at least the well-known part - we are traditionally deprived of official information about the capacity of RAM) has remained the same. This is an older Apple A10 Fusion chipset, a set of cameras and a proprietary Lightning connector. There are pluses to this - the 3.5 mm audio jack is also preserved.

Like last year’s tablet, this one supportsthe first generation Apple Pencil stylus. The one that has a funny cap that hides the plug, but for charging it sticks into the Lightning connector and sticks out very perpendicular to the case.

Apple iPad 10.2 (2019) supports Smart Keyboard. Has stereo speakers. There is a gyroscope and a barometer. The fingerprint scanner Touch ID is used to identify the owner, the tablet does not know how to recognize the face.

But inexpensive. Well, by the standards of Apple.

Sales will start on September 30th.