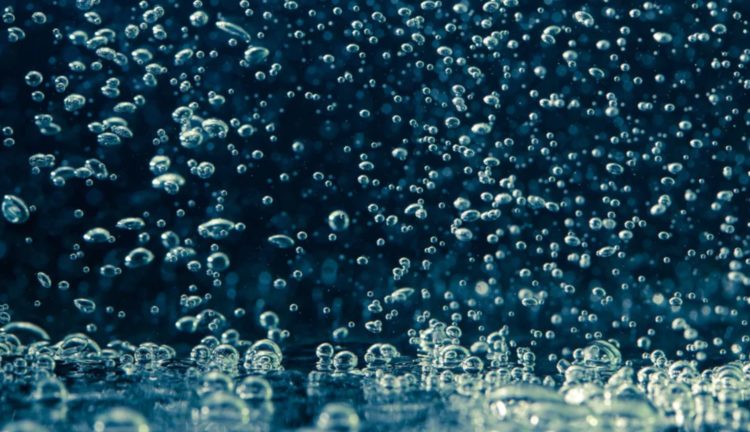 In most cases, drink water withoutpre-filtering and processing is not possible - it may contain dangerous microbes. There are many ways to get rid of them: from boiling and chlorination, to disinfection under ultraviolet rays, but researchers from the University of New South Wales presented another option that is simpler, cheaper, and simply more interesting than others. They believe that water can be disinfected simply by passing hot bubbles with carbon dioxide through it.

Researchers suggest heating carbon dioxideup to a certain temperature so that hot bubbles released into the water can destroy the viruses with their “red-hot” walls. As the experiment showed, ordinary air can be used to create such bubbles, but pure carbon dioxide has shown greater efficiency.

During the experiment, the researchers cleaned the water, inwhich were added E. coli bacteria and bacteriophage MS2. Using different tanks, the scientists heated the gas and air to a temperature of from 7 to 205 degrees Celsius. As scientists had suggested, the ability of bubbles to kill bacteria increased in proportion to temperature. The best result was achieved at a temperature of 205 degrees, using pure carbon dioxide.

It is noteworthy that the transmission of bubbles is notstrongly influences the temperature of the water itself - it remains around 55 degrees. The main advantage of this method is its low cost, because it takes less energy to heat the gas than the water itself. It is also very simple when compared with UV treatment.

A small test setup for a new cleaning method has been tested on a pig farm, and has shown good results.

Do you think the new method of water sterilization will be a good alternative to current methods? Write your answer in the comments, or in our Telegram-chat.